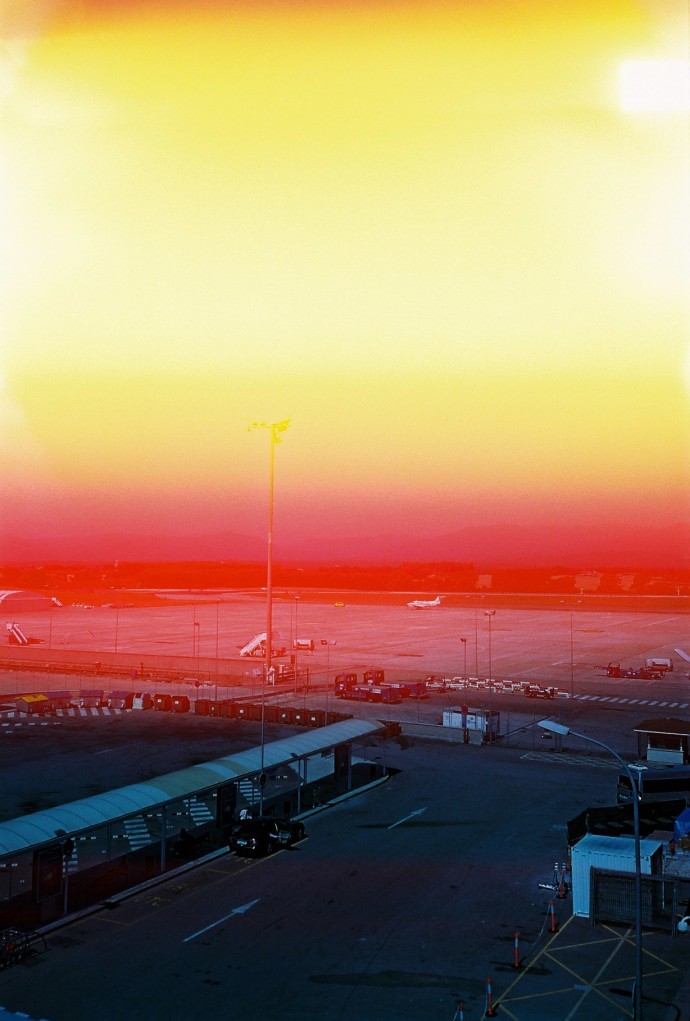 As I leaned against the concrete balcony I became aware that an immense silence hung over the landscape around me. By a rare freak of flight control no aircraft were landing or taking off from the airport runways […] Looking closely at this silent terrain, I realized that the entire zone which defined the landscape of my life was now bounded by a continuous artificial horizon, formed by the raised parapets and embankments of the motorways and their access roads and interchanges. These encircled the vehicles below like the walls of a crater several miles in diameter. The silence continued.*

Any infrastructure, as an element belonging to the social configuration of territory, is part of an invisible field, a realm beyond its immediate, tangible, physical context. Ports, terminals, and networks are vital supports for our economies. Yet the increasing speed and the breadth of change of our habits and forms of consumption has revealed the fragility of the links between the immaterial, shifting nature of infrastructures and their physical support, as well as the urgency of reflecting on the consequences that can be attributed to the different tempos of architecture and market fluctuations, the disjuncture between material and fleetingness.

Throughout the better part of the past century, architecture and urbanism continued to perpetuate the heroic representation of infrastructure. The cover of Space, Time & Architecture** features a highway roundabout instead of a building, and the Vegas strip was an emblem of the postmodern paradigm. This infrastructural conception was called into question in the 1960s and 1970s, as experimental practices reclaimed, not without a certain naïveté, the possibility of an instant architecture that would be capable of revealing the dysfunctional rifts between the useful life of infrastructures, their production, and their consumption.

We believe it is time to rethink an infrastructural model at risk of quickly becoming obsolete. This should be, particularly in our days, a vital task for architects: vindicating and domesticating a framework for action they have habitually been sidelined from.

Aware of our scarce resources, it is time to re-program the rigid models of the past, from the margins, designing flexible infrastructures free from rhetoric.