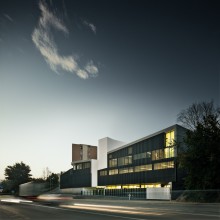 From across the road, the building appears as a solid rock built from concrete with stones projecting different scales of gray along with ash colored perforated and corrugated metal sheets, while the single story façade facing the forest is a transparent and permeable body. 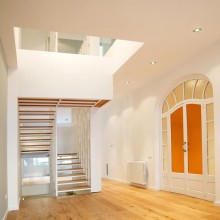 Overall, the project involves an intervention where new objects are differentiated from the old ones, encouraging the contrast between them and revitalizing some who had fallen into oblivion. 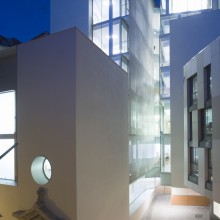 The new building is formed from the interaction of the formal and spatial elements that configure the place historical memory with the new requirements and the demands of contemporary language. 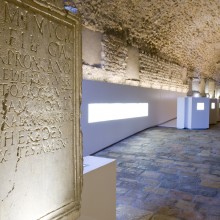 The space where the project was developed belongs to the foundation vault of the Forum Provincial Romà. It was a narrow space and uncomfortable for visitors who wished to contemplate the exposed pieces. The room is called La Volta de La Tecleta and it also had an accessibility handicap; the access to the room was located in a lower level than the public toilets and the only way of arriving was by a stair. 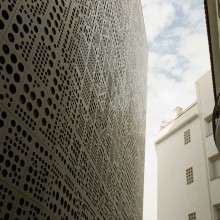 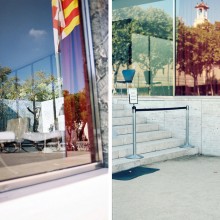 The three reconstructions completed in 1986 in Barcelona (Ignasi de Solà-Morales, Cristian Cirici and Fernando Ramos), Madrid (Josep Quetglas) and Milan (OMA/Rem Koolhaas)…illustrate three histories of the Modern Movement that use the pavilion as a historiographic argument. 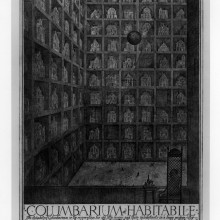 Traditionally, preservation has been understood as the crystallization of what exists. We preserve. Still, how can we preserve what is constantly changing, what is happening inside what is built, the use, in other words, authentic architecture? 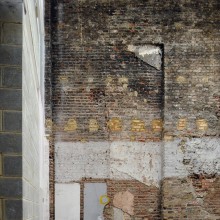