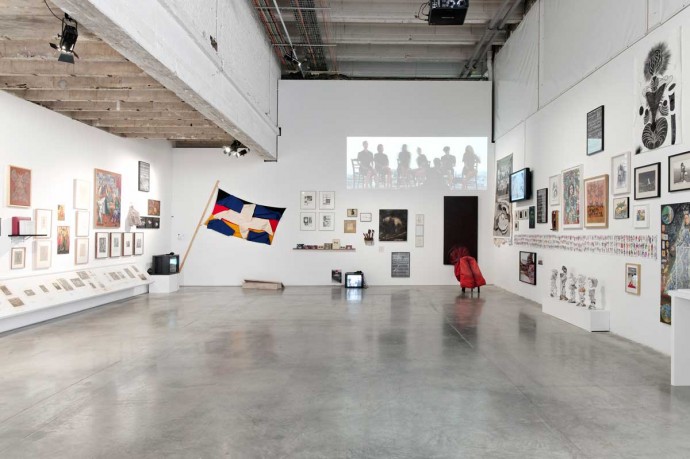 When thinking on Greece and its history, so many and diverse references comes to mind nowadays: democracy, art, architecture; but also crisis, economic downturn and a pervasive political situation. In this context, the exhibition Hell as Pavilion alludes to “the recent ‘demonisation’ of Greece as a result of the European crisis and aims to serve as a subversive allegory on the absurdity of (co-) existence, which is also what art is having to deal with today, with a sense of urgency.” in words of its curator, Nadja Argyropoulou.

When you survey through the pieces that are part of the exhibition, Manfredo Tafuri’s words come to mind “The critical act will consist of a recomposition of the fragments once they are historicized: in their ‘remontage’.” This exhibition can be perceived as the recomposition of the fragments mentioned by Tafuri, because it brings together Greek artists from various generations, starting from the Byzantine tradition, to explore a neglected field of rhizomatic relationships and unexpected affinities, and urges us to “read history in unforeseen ways.” Recently we wrote in a text about Greece, that the main fact at this point can be the question about how to reinforce the architectural discourse and transform the economical downturn into the return of critical thinking. 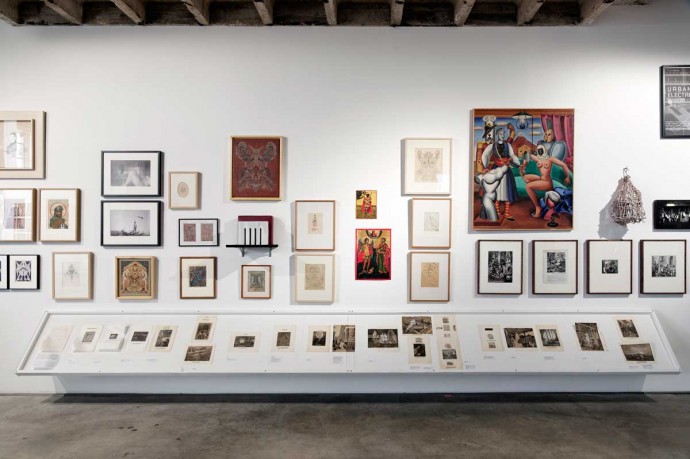 The name “Hell as Pavilion” was taken from the text “HELL AS” as it appears in Jean-Luc Godard’s recent Film Socialisme. But this reference goes beyond these few words used as a name; on the second part of Film Socialisme there is a clear demand of serious answers on the themes of liberty, equality, and fraternity… The same demand that is much needed in Greece [among other countries as Spain, Cyprus and Portugal] in the current times.

With the aim to make clear these demands, curator Nadja Argyropoulou states that “The European bête noire hangs on a wall in an undetermined borderline condition considered here as a possible tactic; a laboratory of the para-logon (that which lies next to and beyond logos/reason); a precarious position from which current takes on humanism, punishment, radicalization, the collective and the connective can be reexamined.” For doing so, the oeuvre of artists and architects is presented to represent different approaches and modes of expression. To define contemporary Greek art and architecture scene, maybe the more accurate description lies behind a process of reflection. A process which is passing through a transformation from the simple object into research, projects, and ideas; and this fact is present here in the Palais de Tokyo in the way that contemporary creators and folk artists coexist as well as with collective schemes of people who work on group projects in Greece and abroad.

One good example of this approach is the Film Appendix, focused as the short experience of “Hell as Pavilion” unraveled within the area of the filmic imaginary. On this section, films by Greek filmmakers, from various generations and alternative creative idioms, create an atlas [and by no means a formal and exhaustive representation] of unexpected relationships; they suggest an unorthodox view on a practice which is little known abroad and its character is closely related to the paradoxa of the Greek culture, the unresolved tensions within Greek identity and the crises and ruptures which have shaped Greek history. The topics of the films goes from the political to the ambiguous and subversive, passing through dark social critique, among other issues. 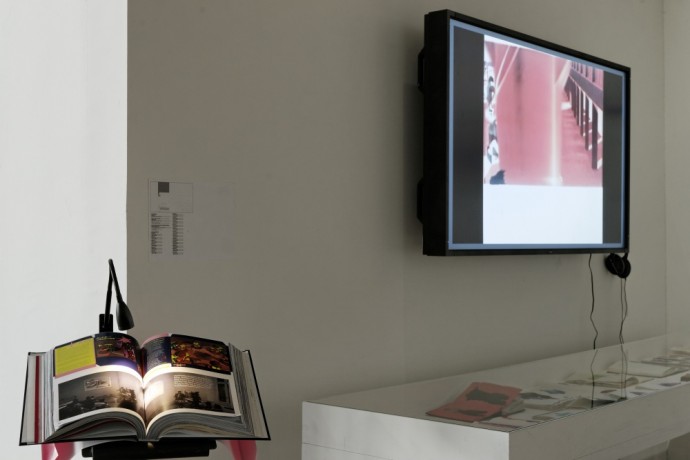 On this critical political, social and economic process, we can also refer here to the immanent need of a medium that can be able to transmit and communicate our dreams and projects. The answer given by “Hell as Pavilion” is based on a “metaphysical humanism” and a “non-anthropocentric anthropology” as they emerge from the current debate around art, philosophy and their political significance; where Argyropoulou adds “Forms and hybrids are examined as attempts at understanding and controlling time; to these we could add the radically inner, i.e. our relation with our Self.”

We have reached the point where the blurred limits between utopia and dystopia become critically focused in the search for answers. The need for distinguishing between what is essential and what is contingent in world history is immanent in our human condition inasmuch as we are in a permanent state of uncertainty, searching through historical moments to find similar situations or inspiration on how to face our current difficulties. In this sense, the value of “Hell as Pavilion” goes beyond the present time and the geographic borders of Greece; it is a reflection that can be helpful to understand different moments of our history and act as a catalyst for change.

/// HELL AS PAVILION is curated by Nadja Argyropoulou. More info, including an interview with the curator, at Palais de Tokyo web-site.

/// The project is realized with the collaboration of architect Yorgos Tzirtzilakis and a team of young architects comprised by Malvina Panagiotidi, Vassiliki-Maria Plavou and Yorgos Rimenidis.