Under a Common Roof 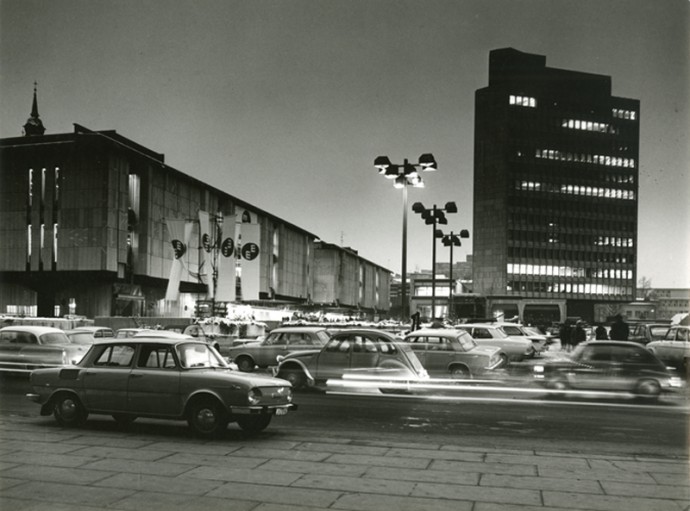 It is very common that museums and other cultural institutions use to have a big amount of valuable material on their archives, which often is not accessible for the general public. Some important institutions around the world are revaluing the importance of this historical heritage and working on new ways to expose it again publicly. In the Museum of Architecture and Design of Ljubljana, the exhibition Under a Common Roof is displaying forty projects that offer insight into the history of public buildings in Slovenia, taken from the storerooms of the museum and other archives. Curated by the director of the museum, Matevž Čelik in collaboration with Maja Vardjan and Dr. Bogo Zupančič, the exhibition is a time travel to rediscover the history of public buildings in Slovenia.

The wide range of proposals includes city swimming pools built in the interwar period, school buildings that set new standards for learning environments in the mid-twentieth century, and new administrative buildings through which the state represented itself, to carefully planned layouts for architectural sites in the mythic spaces of history, railway stations that signified modern transportation hubs, and hotels that in socialist Yugoslavia were built by municipal governments with the aim of developing tourism. Slovenia is located in Central Europe at the crossroads of main European cultural and trade routes, and this position has been in the source of the rich history of architectural ideas, ideals, ambitions, and visions can be read in public buildings. 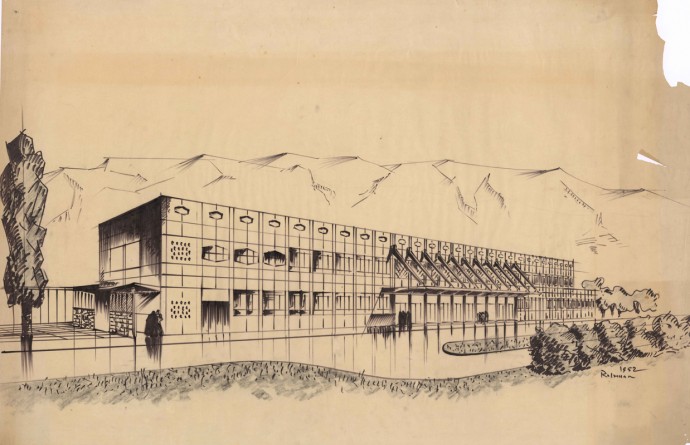 It is impossible to deny the relationship between politics and architecture, insofar as politics and economy are the driven forces behind the power that manages architecture in periods of restructuring society. In this context, mostly all of the exhibited projects are from the decades between early 1940s and late 1960s, the socialist period of Slovenia, an era when the country started to enjoy a relatively autonomy. We can read about those years:

“Between 1945 and 1948, a wave of political repressions took place in Slovenia and in Yugoslavia. By 1947, all private property had been nationalised. Between 1949 and 1953, a forced collectivisation was attempted. After its failure, a policy of gradual liberalisation followed. A new economic policy, known as workers self-management, started to be implemented under the advice and supervision of the Slovene Edvard Kardelj, the main theorist of the Yugoslav Communist Party. In 1956, Josip Broz Tito, together with other leaders, founded the Non-Aligned Movement.”

The necessity of learning from the past, to contextualize the present and envision new futures in the architectural scenario is part of the main task of the curators. With this exhibition they propose to take a deep look at past models of building placement within the landscape to open up questions about the contemporary relationship between the architect’s responsibility and administrative regulations. And they add, “Today, governments at various levels are reducing the scope of public institutions and transferring a segment of public services into the hands of private companies. In this regard, an examination of the role of architecture in the public domain encourages us to think about the social state and the contribution to the quality of life made by the public institutions created in the past.” 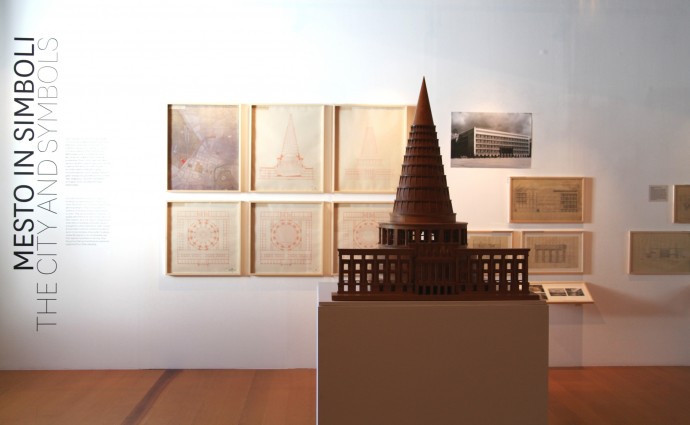 The exhibition space has models, photograph and drawings, some of them showing old utopian dreams represented through the city symbols. New conceptual approaches can be found on the work of several Slovenian architects from the 1940s onward, including Feri Novak, Stanko Kristl, Janez Lajovic, and Branko Simčič among many others. In the curators words, “public buildings always testify the development of a country and its institutions; they speak of how people live and function as an organized community; they tell of the wealth of our public services and our concern for the common good.” That’s why the diverse scales and typologies are useful to understand a rich period on public buildings.

All this information is being expanded by numerous events, from guided tours to Sunday creative workshops and MAO debates.