The Architecture of Mineralization 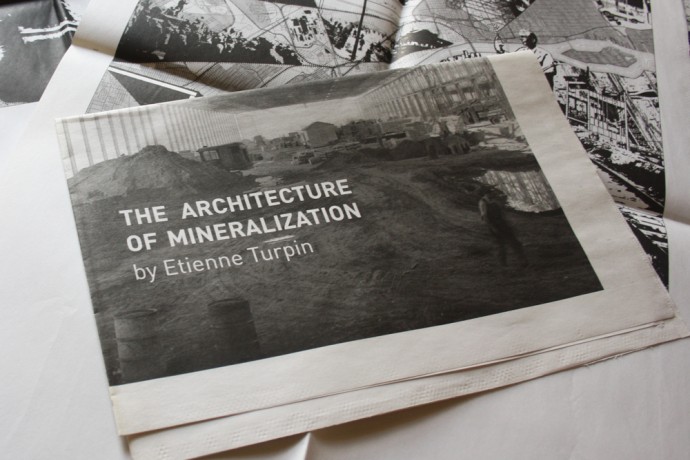 “I breathe the smell of steel in the world of the objects.”
—Clarice Lispector, Agua Viva

In the past weeks we have witnessed a big controversy about the MoMA’s Folk Art Museum building demolition, the new project by Diller Scofidio + Renfro and the most recent news about MoMA’s plans to preserve the 63 panels of copper-bronze alloy, which are three-eighths of an inch thick and hung on a supporting armature. Described at the New York Times by saying that “Some look like lunar landscapes, others like lava flows.” what is undeniable is that, among other considerations, this façade has been a landmark in New York City on the past ten years. Just published two days ago, also Geoff Manaugh critique of architect Frank Gehry at Gizmodo has been on the focus of different critics and readers, complaining about the banality of the text, which mostly focuses on the building’s form and use of materials.

What is common in both cases is the importance of the materials used on the skin, which both in Gehry’s buildings and the #FolkMoMA, is metal. This are only two recent debates and discussions that make us think that the project Stainlessness by Etienne Turpin and its accompanying publication The Architecture of Mineralization is quite relevant in the current moment. 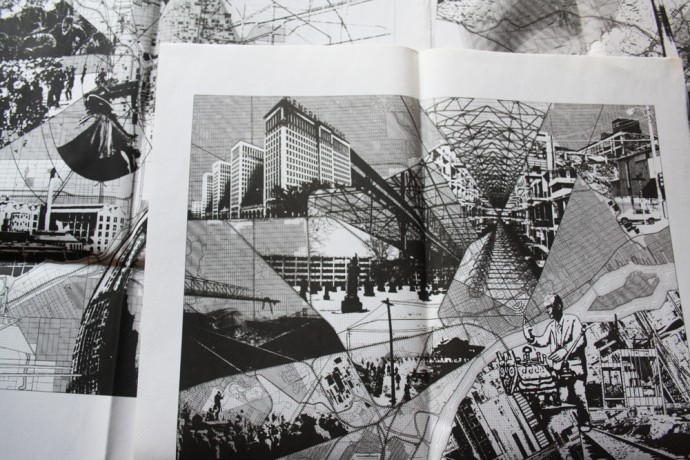 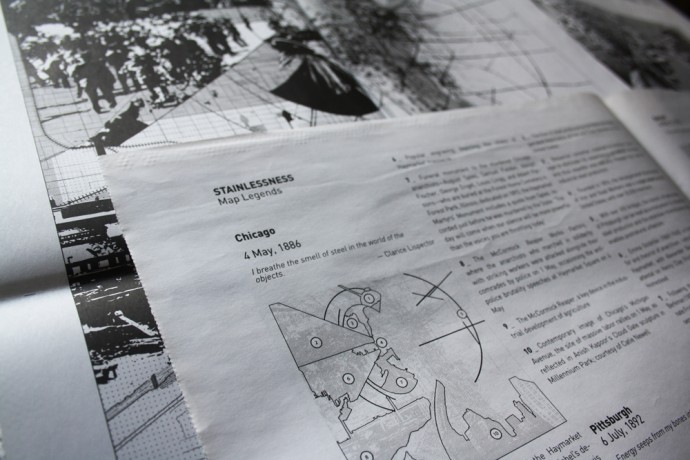 The Architecture of Mineralization is a special edition broadsheet publication, featuring a short essay and a set of four prints which present the story of labor movements in North America and show how they have shaped the cities of Sudbury, Chicago, Pittsburgh, and Detroit. As we can read:

“While processes of urbanization have all but erased these struggles from our cities and left only ambivalent monuments to mark the past, contemporary architectural “capriccios” of The Architecture of Mineralization assert the centrality of labor as a force capable of transforming the nature of cities, the culture of America, and the geologic deep-time marked by the Anthropocene.”

Turpin’s interest on the Anthropocene [an informal term that serves to mark the evidence and extent of human activities that have had a significant global impact on the Earth's ecosystems], has led him to publish the book Architecture in the Anthropocene, where he tries to develop a deep research about the fundamental ambivalence on the value of the concept from the point of view of both cultural theory and design practice. An important part of the impact of the Anthropocene can be found on open pit mines, one of the techniques used to extract minerals fro the Earth’s surface. Thus, with this work, Etienne Turpin wonders about the importance that metallic surfaces have as cultural artifacts and why metallic surfaces are still synonymous with progress. 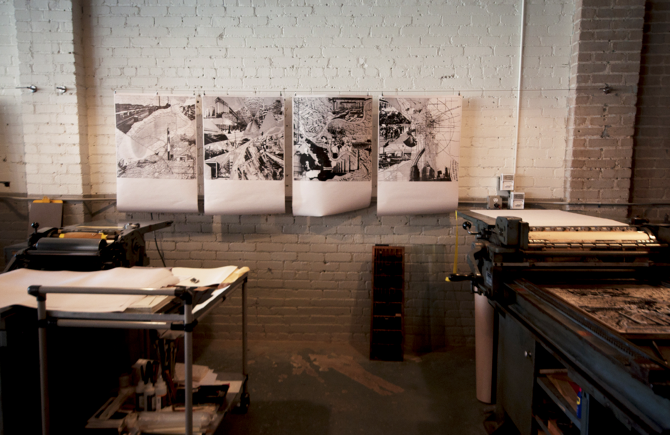 He adds on The Architecture of Mineralization:

“The more polished, refined, expansive and contiguous these metallic surfaces, the greater their representational carrying capacity for our most lauded but least considered civilizational values —stainlessness.”

It’s interesting, thinking about the #FolkMoMA controversy or remembering the big impact of some Gehry’s buildings —such as the Guggenheim Museum in Bilbao, with its titanium cladding—, which has been the role of the architectural practice on the cultural acceptance of shiny-metal-shapes as a form of economic or political progress.

The impact of extraction is presented on the the traveling exhibition of the same name, and so do the research to determine whether or not the Anthropocene satisfies the necessary criteria to state that those changes are most precisely associated with so-called Homo sapiens. These changes include the rise of agriculture and attendant deforestation; coal, oil and gas extraction; the combustion of carbon-based fuels, among others. The evidence of human action by the act of extraction on Earth’s landscape is deeply related with architecture and the materials used to build the cities we live in. The relationship between the capital forces of the companies that own the extraction mines and urban growth is direct, and it’s a relation of power. At this point relies the importance of this project, to make us re-think this relationship and our inherited cultural ideas of what “progress” means.