‘Design and architecture cultural shift,’ a conversation with Jeremy Till 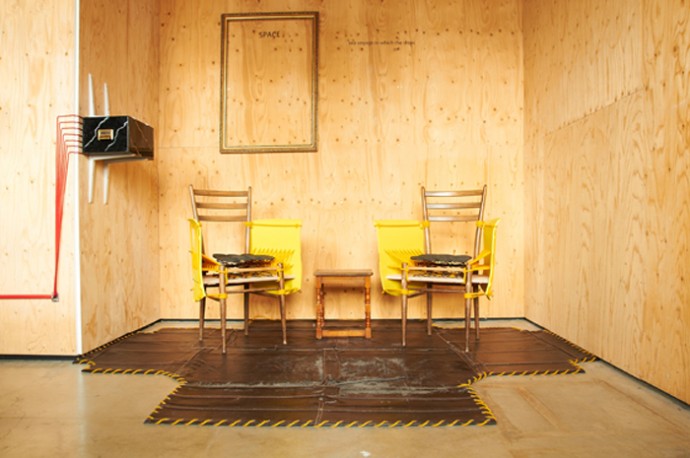 Jeremy Till (b. 1957) is a British architect, writer and educator. He is Head of Central Saint Martins and Pro Vice-Chancellor of the University of the Arts London. His key works Flexible Housing [with Tatjana Schneider, 2007], Architecture Depends [2009] and Spatial Agency [with Nishat Awan and Tatjana Schneider, 2011] are all winners of the RIBA President’s Award for Outstanding Research, and have made him an essential figure in the contemporary social and political aspects of architecture and design thinking.

Leonardo Novelo: A recurrent matter on your work is the relationship between design and social transformations, setting the frame of that connection without overseeing the inherent moral connotations. Can you explain this position?

Jeremy Till: In order to get a relationship between design and social transformation one has to reconsider what design is. The most obvious thing is the shift of the idea of design away from the object and into the processes and the subject. That’s a very big cultural shift for designers because they define themselves mainly through that output, if you are an architect the output is a building, if you are a product designer it is a chair or whatever. And buildings alone can’t contribute to social transformation, they clearly are a part of the overall spatial production

LN: Do you think design focus away from object to systems?

JT: Not just to systems, but to understanding the consequences of the objects, how objects come into life. So designers need to spread themselves across the whole life of the project, to engage in and set the questions, but also to understand much more clearly what are the consequences of what they are doing, what are the ethical consequences of their actions. The trouble is, particularly with architecture, that all the focus on the building as a refined object means attention inevitably becomes about aesthetics, technologies and taste. In that you completely lose the social dimension of design.

LN: Not a closing door but an open one, about refunding the discipline’s discourse?

JT: Yes. In the book I’ve wrote with Tatjana Schneider and Nishat Awan the subtitle was of “Other ways of doing architecture”. So where I’m an optimist is that I believe design and architectural thinking has a huge role to play because its role is way beyond the object. One of the other ways of doing architecture or design might be how does the designer think in seating around the table with potential users to develop a brief. The most creative thing I think you could do is actually in the way you structure a brief. Whereas in our technocratic market-efficient world the brief is now determined by a project manager, and all the architect or designer can do is wrap it up in aesthetic. But the most interesting thing to do is to re-write the brief. 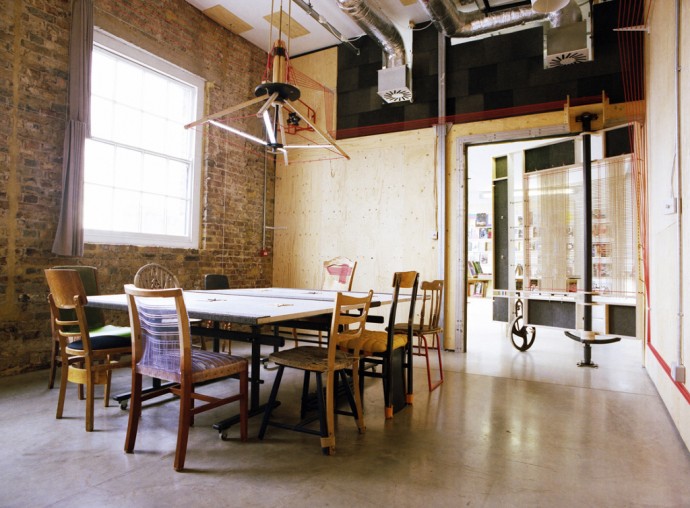 LN: To some maybe is quite late to learn to think how to redesign a brief. Is the academic environment supporting this new —or upcoming ways of rethinking the stuff we do?

LN: You could say academics mainly are the teaching arm of neoliberal architecture.

LN: Still there are some institutions promoting new discourses. Will those get enough strength to penetrate academic environments and generate transformation in some part of society?

JT: When I go around lecturing and I speak with students there seems to be a real demand for new ways of thinking, and one hopes there will be more and more of that around the world, but I am still permanently amazed about how conventional architecture education is in particular. I think design education, like here in Central Saint Martins, does open up, but architectural education is incredibly conservative and they don’t realize it because it looks so fresh.

LN: It’s a matter of language but not of meaning or content. Is not about generating sense.

JT: Exactly, yes. But in design there is a new movement of designers who are much more aware of design thinking as a way of re-imagining new societal futures. This place (Central Saint Martins) is full of them, so we are using design thinking in a much more radical manner than simply making stuff. That’s my whole mission here, to try to make the political argument that we need design thinking, desperately, because all the other models of thinking are failing us. For example, one of the things we are doing is setting an MBA [Masters in Business Administration]. 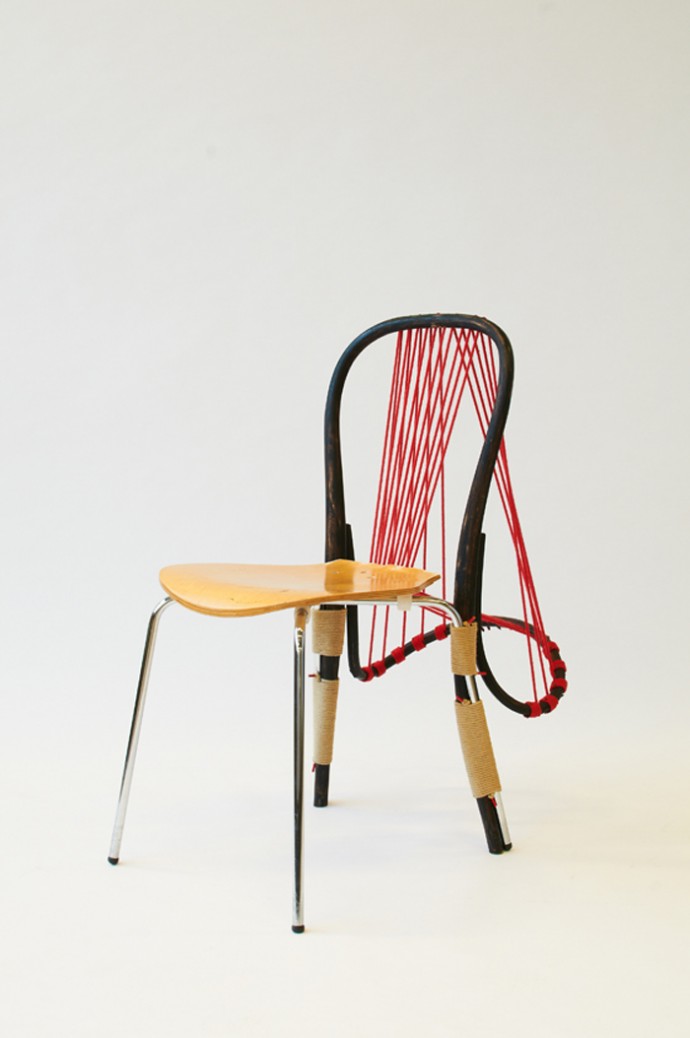 LN: Handling an MBA from the design thinking point of view. That’s brave.

JT: Yes. It’s not going to be very big and it’s only for certain types of people. But what’s really interesting about it is that we’ve done a lot of research on it, because it is a brave thing to do. And the people who are really keen on it are the most established corporations. Like Barclays Bank for example, they said, this is what we need, whereas the more creative industries are not so interested in it because they do it already. Corporations have realized their ways of thinking are being found wanting and they need new ways of thinking; they’ve realized they have to start addressing issues of value, because if they don’t address this issue of social value they can see that their model ways is going to become despised, and it will also become something which people simply won’t buy into.

LN: Don’t you think it is paradoxical?

JT: Yes!. It is paradoxical. And it’s a question of how much do you sit down with the devil.

LN: To be able to defeat him… 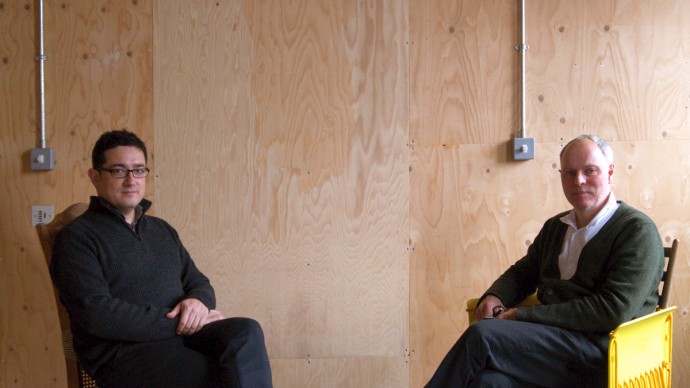 Jeremy Till in conversation with Leonardo Novelo

LN: So, is it actually happening… re-design thinking drives us into a social shift?

JT: Yes, absolutely. For example, across over here [of Central Saint Martins School] is the headquarters of Camden Council and their Town Hall, and we are having meetings with them about setting up an innovation laboratory together, based on design thinking, because they are facing a financial crisis and their normal tools of budget cutting and cutting don’t work any more. So we went over there to talk about what the issues might be. Each table had an issue, mine was about rubbish collection with someone from finance, a guy from environment, another person who ran the technical services section, and an administrator. Within an hour we joined up different ways all together, because that’s what design does: it is a way of reorganizing things in space, a set of social relations. We didn’t come with a solution because is a big issue, but we were using that as means to demonstrate that these ways of thinking have real benefit to what they do. By using a designerly mode of thinking you can approach things in a completely different manner than a technocrat does, or a rationalist. One of the things I talk about here is that my students don’t see the world as a set of problems, they see it as a set of opportunities; they are brilliant students, but to them solving a problem is a miserable thing to do. If you start by seeing the world as a place for the problems then all you can do is make the world a little bit better by solving them. Whereas if you see the world as a set of future narratives or as a set of conditions which you make sense off, then suddenly it becomes more optimistic. The wonderful thing of being in a place like this is that design students generally are naturally optimistic. Do you know a designer who sets out in a project to make the world worst?

JT: Yes, that’s right —whereas a novelist or a poet may write a miserable book. But design is by its very nature is optimistic. It’s how one gets the sense of criticality into that, of vision together with the real. And balancing that equation.

LN: In Spain with all the turmoil there is generally an extended question: “what should I do?” because the net to hang from and build your own has collapsed. But it makes sense, most of our colleagues were trained as good professionals, but not as thinkers.

JT: Yes. But if your only solution is a building…, then you are very limited. But if you are offering the world the ability to make sense, and to make connections, to work in a relational manner, then that’s where you can be much more productive.

LN: For instance on the low scale, not on the corporate one, but on the collectives and local associations attitude, penetrating some kind of system and encouraging it.

JT: It is the big question. I’ve been talking with Ezio Manzini about that. He works through the principle of upscaling, that if one has enough collectives their culmulative effect is transformational. The optimism relies on the development of more and more microsystems which together form a macrosystem. But I’m less confident about that. Yes, I think one could begin a transformational movement through the bottom-up, but I have yet to see evidence that that is enough. We also need to be working at the level of structure and the level of systemic change. In times of complete crisis, such as Greece, I see those new models as incredibly interesting. [NB: this interview was held before the February 2015 elections in Greece]. If you go to Athens there are whole bits of the city completely run by anarchist collectives; the government has withdrawn and basically handed over. And on that level, they’re not anarchist at all, they are incredibly organized, and you can see the power of the micro beginning to work. The important thing that the small scale movements are doing is they are providing a different value system. 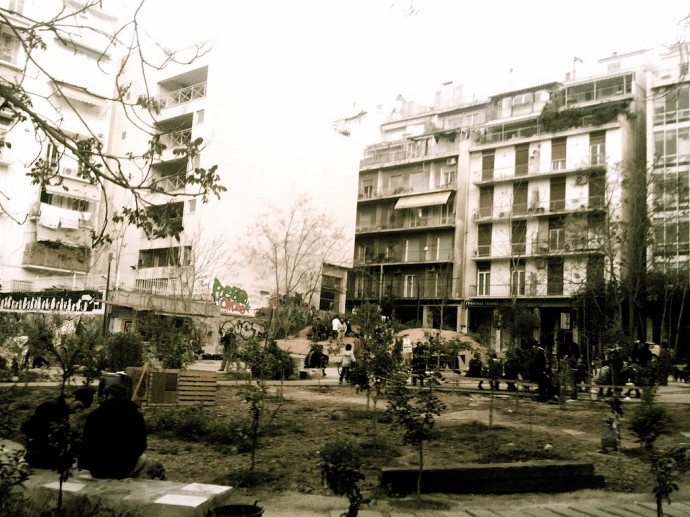 A former parking lot, squatted and transformed into a neighborhood park by a grassroots citizens’ initiative in Athens, Greece. Photo: David Barrie on Flickr

JT: Sharing, collective, use value as opposed to exchange value – always kind of Marxist terms. In demonstrating the importance of those values and seeing that all happening, it does give hope I think, that you can do things differently. In demonstrating different forms of value, those collectives are incredibly important.

LN: But this uprising is not lead, author made or from a designed roll?

JT: No but, as designers, we can engage. Clearly every act of design is an act of negotiation and collaboration, inevitably. The modern myth of authorship suggested it’s not, and the myth is played out through the way architectural culture encourages the hero, the author. But even the hero author knows very well his work is an act of collaboration. So it does demand generosity, yes, on the part of the designer to sometimes hold back and to accept everyone, to sit around the table, like we sat over there [in Camden] and talk about waste; everybody was a designer and all we as the ‘expert’ designers were doing was joining together, so we were kind of the meta narrative, but the rest were all themselves designing. And that becomes very different, because the outcome isn’t visible necessarily. Again that demands a cultural shift for designers, because they have to accept the whole thing is invisible and that doesn’t matter. Designers then ask, how then do I define myself?, How do I legitimate myself, when there is nothing visible…? You legitimate yourself by describing the process rather than the product.

JT: Yes. It is. Lefebvre’s “social space is a social product” can be applied to much wider things than simply space.