Tegart Forts in Palestine: Adopted and Adapted Monuments of Supervision

The greatest projects in history often rise from the most difficult of situations. In the late 1930s, British-mandate Palestine was an imperialist mayhem: Thousands of European-fled Jewish immigrants dock the shores of the promised Holy Land while the local Arab communities revolted against the British who allowed it. Suspended between its embedded oriental nostalgia and imported utopian socialism, Palestine turned into a chaotic assemblage of fundamentalist communities governed by an overwhelmed Western colonialist regime.

Why, then, would the Mandatory Government go through all the trouble over a tiny piece of land? Palestine’s importance, in the eyes of the Empire, was clearly not an idealistic one: This old-new land was nothing more than a key strategic point, guarding the access to the Suez Canal [which offered the shortest and cheapest route to bring troops and trade to and from India], and would therefore not be given up easily. In October 1936, the brief hiatus from the Arab Revolts provided the fallen British Police a chance to start anew; a radical new project for the protection of the “hinge of the empire” was about to commence.

Enter Sir Charles Tegart: An awarded Irish-origin British officer, who spent thirty years successfully suppressing the Bengalis in India [including narrowly escaping six assassination attempts]. Tegart’s expertise in the fight against rural rebellions was to be implemented in the complicated geo-political landscape of Palestine. After a tour of the colony, Tegart realized the problem is a systematic, and had to be dealt from the very core of itself —and to the fullest extent; in that sense, the idea was that the land has to be re-conquered, for good. 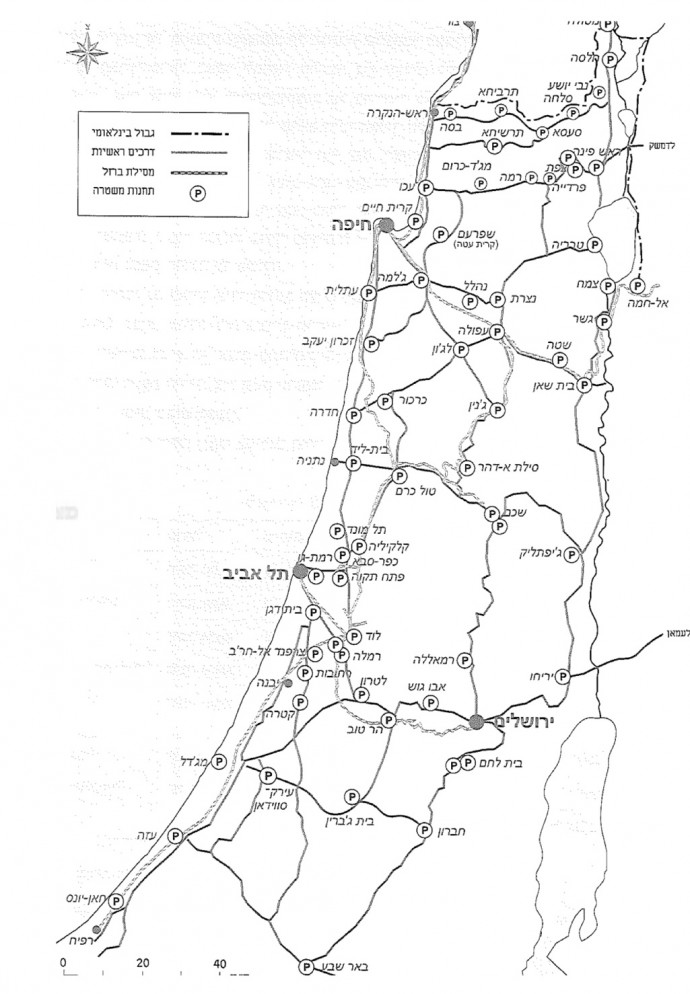 On the period of the the Arab Revolts, between 1936-1939, Tegart proposed —and designed— the establishment of a network of 77 fortified police stations, to be constructed next to large towns and major crossroads throughout the land. All of the forts were built as a bombardment-resistant concrete enclosure, which was self sustained and equipped with water cisterns to withstand a month-long siege. The stations were designed not only to provide a tactical and logistical base for operations, but to also house the officers and their families, thus separating the controlling forces from the citizens they guarded [a “fortress mentality” imported by Tegart from his days in the Irish Police]. Two years, three phases and 3.5 million British Pounds later, 66 Tegart Forts were completed. 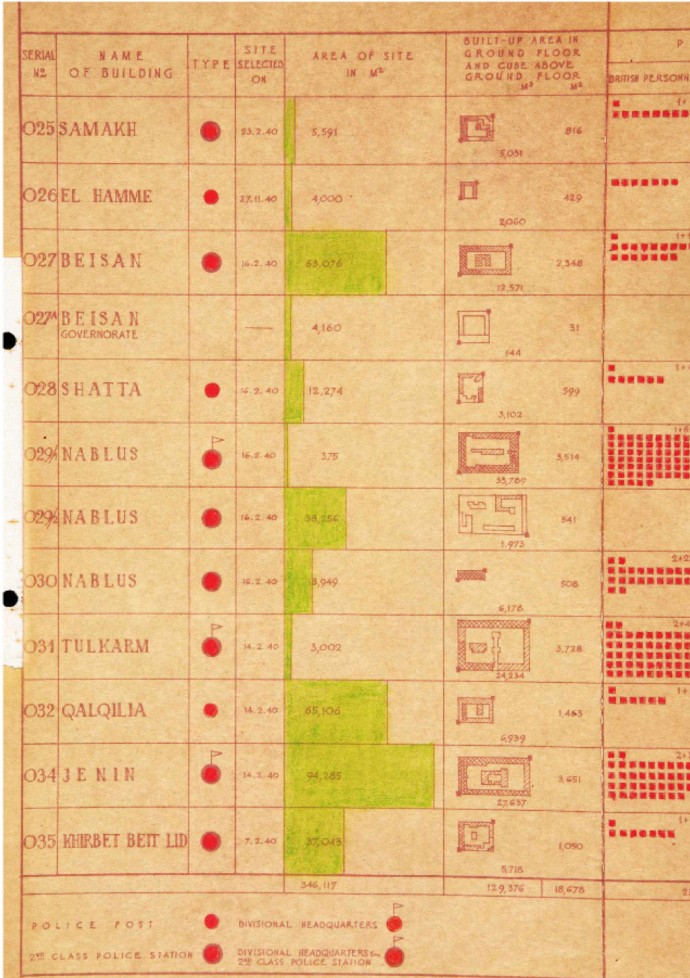 It was said that Tegart Forts could never be conquered. To the local communities, their ubiquitous presence had symbolized, more than all, the foreign, patronizing conqueror. In the following years, the desire to defeat the imperialist rulers became the leading motivation for the Jewish paramilitary organizations in Palestine, who planned and executed numerous attack on the prestigious British forts. The attacks proved unnecessary: Less than a decade after they embarked on the ambitious project, the British Police gradually withdrew from their costly stations. Both Palestinian and Jews took over the deserted structural treasures —then the largest, most efficient buildings in the land.

“Every place you walk, you see a Tegart Fort” says Dr. Gad Kroyzer, whose PhD at The Bar Ilan University provided an in-depth analysis of the project. Collective memory long forgotten, the British stations are now barely affiliated with their original owners, and serve the Israeli and Palestinian law-enforcing facilities. Today, 19 of the remaining forts are Israeli police stations, 16 serve the IDF as bases and training grounds, 10 were redirected as prisons and 10 are used by the Palestinian authorities in Gaza and the West bank; only eight of them remain abandoned and five were demolished in various rounds of fighting. Some other functions include museums, one university campus and  even one (oriental) restaurant. 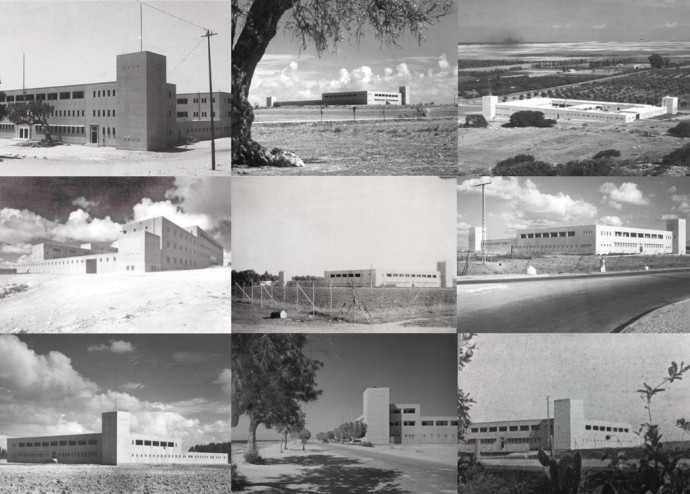 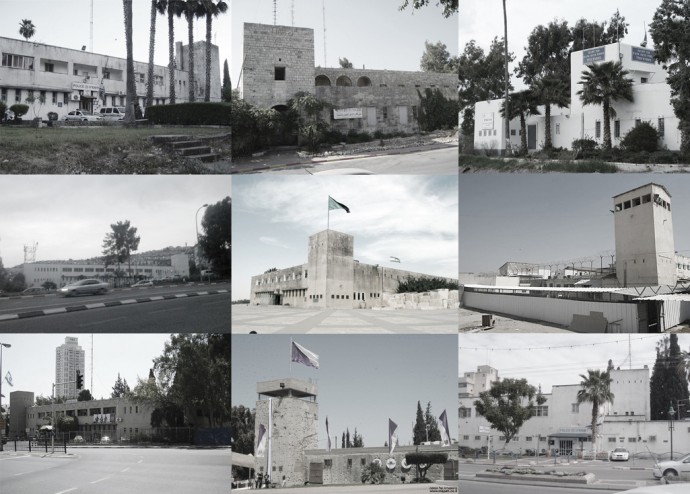 In some cases, Tegart Forts became the backdrop of the Israeli-Palestinian conflict: Ramallah’s monstrous Tegart Fort, which was used as a Jordanian prison in 1948, turned into an Israeli occupational stronghold in 1967 and finally transformed into the Mukataa: the Palestinian authorities headquarters and Yasser Arafat’s Compound. When the Jewish settlers moved into the West Bank after 1967, their first home was the Tegart fort, taking advantage of its residential abilities. In the 1980’s, these residential characteristics were used again in the the Katra fort near Gedera, in order to absorb and house the masses of immigrants that were arriving from Ethiopia. 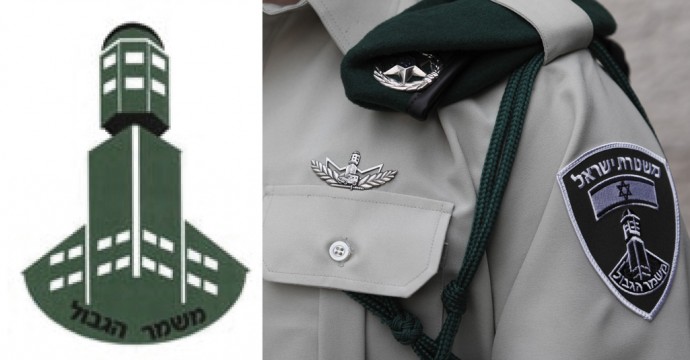 Functionalism aside, the most interesting adaptation of the Tegart Forts, and perhaps a proof of the confused historical narrative of the local geo-political conscious, is the presence of the Tegarts not only in venues, but as symbolism: The Israeli Border Police, the militarized division which guards the infamous checkpoints in and out of the West Bank, are all proudly carrying a Tegart tower on their chest, now their official symbol [though doubtful many of them know its origin].

Like the forts of the crusaders, the amphitheaters of the romans and the relics of the babylonians, the Tegart Forts —the British-mandate forts— are now a monument to a lost empire, interwoven into the local conflicts and adapted, reinstated and seared into the geopolitical subconscious, inevitably affiliated with power, law enforcement, and oppression.

/// Header photo: Abandoned fort in Gesher, the Jordan Valley, 2013. Gili Merin.
/// Gili Merin writing and photos have been published in various online and print publication including ArchDaily, The Huffington Post, Business Insider, Detail and Frame. Gili’s research on the Tegart Forts and their adaptive use in the Israeli built landscape is conducted in the framwork of the Post-Brutalism unit at the Bezalel Academy of Art and Design (Jerusalem) lead by Prof. Zvi Efrat and architect Natanel Elfassy. Follow Gili’s blog here: gilimerin.telavivian.com