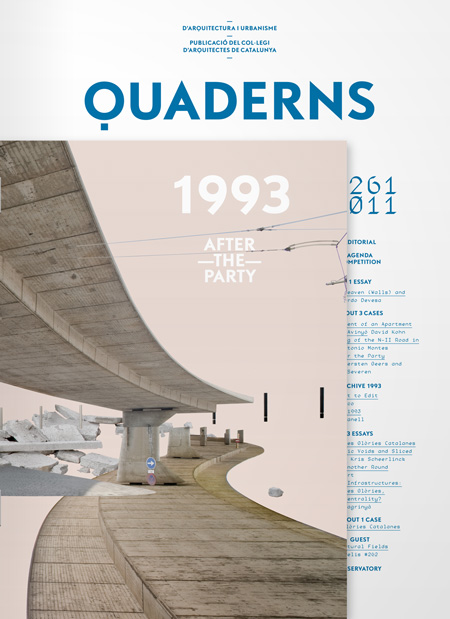 As part of its new approach to the contemporary media landscape, Quaderns d'arquitectura i urbanisme presents quaderns.coac.net: a digital appendix to each print issue of Quaderns, but also a complimentary, expanded editorial platform; an instrument for generating and distributing content. 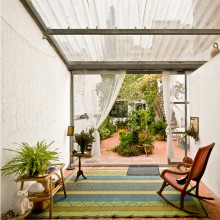 This refurbishment extends a house to its patio. 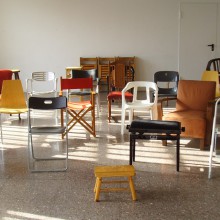 Workshop for students of the neighborhood of La Sagrera. 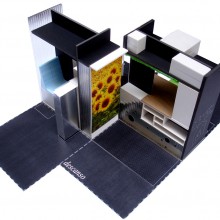 This prototype for “Habitable Furniture” is composed of pieces that can be packaged in a volume of 100x195x250 cm and then configured according to different household uses. 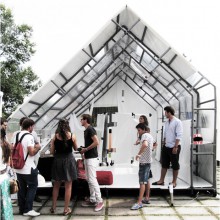 A 1:1 scale prototype for emergency housing based on the use of water pipes. 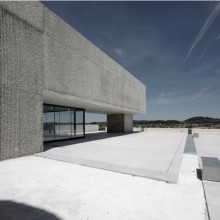 A semi-sunken building that generates a plaza on itself. tedaarquitectes.com

This new footbridge on Vía de St. Ignasi is a key element in the urban revitalization plan for Manresa.

Occupying an inhospitable place with chairs, a table, and a tablecloth transforms it into a familiar place.

This exhibition is part of the institutional acts to commemorate the reconstruction of the Gran Teatre del Liceu in Barcelona.

Transformation of an obsolete building in Barcelona’s Barri Gòtic into a public library and resource center.