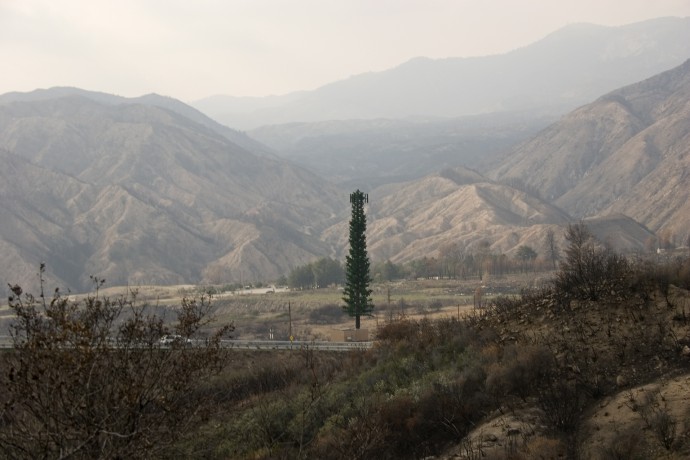 How has infrastructure come into vogue, and what does it mean for architects? To understand the vector uniting both fields today and prognosticate the near future requires that we trace that their trajectory over the last century.

Modern architects understood themselves as planners, imposing a new, rational spatial order on the world. For them, infrastructural technologies were the foundation on which the new order would be built. On the first page of Vers une architecture, Le Corbusier declared that “the engineer puts us in accord with natural law. He achieves harmony”. Upon that foundation, the architect could create “an order which is a pure creation of the spirit”.[1] This becoming infrastructural of the world was equivalent to its modernization. But modernity was a condition of becoming, not being. Once the last traces of the old regimes vanished and the world was modernized, we entered into postmodernity. With this transition, too, society began to shift from an economy based on production to an economy based on information.

There is no clearer marker in the transition from modernity to postmodernity than 1968, the point at which it became clear that the older, production-oriented model of modernization could no longer sustain the long economic boom nor satisfy a populace alienated by its rationalizing tendencies. The postmodernity of the next 25 years was a confused time, an interregnum in which a new condition was emerging, even though its dimensions could not yet adequately be understood. In this context, a generation of postmodern architects set out to address what they understood as, first and foremost, a crisis of meaning, abandoning the idea of planning large-scale interventions and turning to small-scale interventions and semiotic strategies for communicating with the public.

In 1999, reflecting on this turn of events, Stan Allen offered up infrastructure as a means of resuscitating the material practice of architecture. Eloquently synthesizing the intellectual trends among the neo-avant-garde architects of the day, Allen called for a renewed practice of architecture based on infrastructural ambition, a practice that would allow architecture to turn away from the dead end it had reached as a discursive practice, returning it to its status as a discipline concerned with material. Eschewing both modernism’s excesses and postmodernism’s obsession with the local and idiosyncratic, infrastructural urbanism instead embraced the basic organizational strategies of network culture of our day: instead of singular, overarching plans, it turned to emergent, bottom-up schemes, produced by countless actors.[2]

As practised, however, infrastructural urbanism has drifted away from such forward-looking ideals and indulged itself in an unhealthy relationship with modernism. Too frequently, contemporary infrastructural urbanism consists mainly of modern infrastructure retrofitted for the purposes of tourism. Take the High Line in New York City, for example, which opened in 2009 and is perhaps the most celebrated instance of infrastructural urbanism to date. Here Diller Scofidio + Renfro, together with James Corner Field Architects, grafted a meandering landscape onto an abandoned elevated freight railroad built in the 1920s. This sort of strategy seems to be more and more common these days as we try to find a way to live with the ruins of the recent past, a modernity that, in T. J. Clark’s words, has become our antiquity, a crucial reference point for us, no longer directly comprehendible.[3]

Just as Rome left its aqueducts and sewers behind after it collapsed, so modern infrastructures remain among us. Many of these infrastructures still serve us, but slowly bridges are declared unsafe, railroads cease to run and highways become potholed. Now, there is nothing wrong per se with the High Line, and the sort of imaginative reuse that Gary Paige undertook in his retrofit of an old railway depot into the Southern California Institute of Architecture in Los Angeles in 2001 is to be applauded, but too often retrofit is postmodern, concerned with creating tourist attractions out of the ruins of the modern.

Governments want little to do with infrastructure anymore. Of course, from time to time, a bullet train is built, and new airport terminals are an inevitable necessity for global cities, but the short event horizon of recent investment compounded with the rampant fear that new infrastructure might impact property values or result in higher taxes actively represses new infrastructural construction.[4] Allen is right in saying that by abandoning infrastructure, architects have contributed to its defunding.[5] As he puts it: “If architects assert that signs and information are more important than infrastructure, why would bureaucrats or politicians disagree?” A forward-looking infrastructural urbanism can certainly help accustom the broader population to thinking about infrastructure again.

But more than this, a forward-looking infrastructural urbanism would seek to understand not only modern infrastructural systems but also systems more appropriate to network culture.

In his “Postscript on Control Societies”, Gilles Deleuze outlines how power has changed its mode of operation, from the (modern) model of operating through enclosures to the contemporary model in which it operates through endless modulations. Notwithstanding that Deleuze’s aim is to critique such forms of power, those states can be understood as dominant spatial regimes that architects need to grasp and work with. Indeed, infrastructural urbanism is already a step in the right direction, less a matter of discrete spaces and more the construction of variations within fields formed by—and forming—infrastructures.[6]

But we have not gone far enough yet. The Deleuzian modulations that govern our society are increasingly invisible. Like it or not, just as industry once took over from agriculture, finance has come to dominate economies across the globe. We all need to eat, we all need to dress in clothes and inhabit houses, but economies are increasingly governed by the financial sector and its demands. Nor does finance find itself easily grounded: trading floors across the world are emptying out, unable to keep up with the ultra-rapid movements of liquidity in anonymous facilities such as the NYSE Euronext installations in Mahwah, New Jersey, and Basildon, a suburb east of London.

The financial services sector reflects our condition of living in Hertzian space—the cloud of electromagnetic signals that surrounds us—as much as in physical space. Take a look at a city street: passers-by relentlessly text each other, listen to music on their iPods, navigate with geolocative devices or talk on wireless phones.

Physicists tell us that electromagnetic forces are far more powerful than gravity (a tiny magnet holds up a paperclip against the entire gravity of the Earth). As I write this, destroyed nuclear power plants smoulder on Japan’s Pacific coast, carving out vast exclusion zones across the island nation’s inland territory. Proponents of infrastructural urbanism often cite flocking conditions exhibited by birds, marine mammals and other animals as examples of the sort of effects they wish to achieve, embracing both the individual and the collective, autonomous agency and massive change. But these behaviours are not made solely according to a genetically encoded rule set. Rather, they are done with reference to the invisible but very real electromagnetic world. Even though we cannot directly perceive the electromagnetic spectrum, the way we have reshaped its modulations impacts the behaviour of such creatures. It is time for architects to understand that the structures of infrastructural modernity are just so many ruins and, in conceiving of new infrastructures for the millennium, to learn how to embrace the new modulated world of invisible fields.

[4] I cover this condition in The Infrastructural City: Networked Ecologies in Los Angeles. Barcelona, ACTAR, 2008.