Guillem Carabí: On the subject of refurbishment; Jujol and can Negre 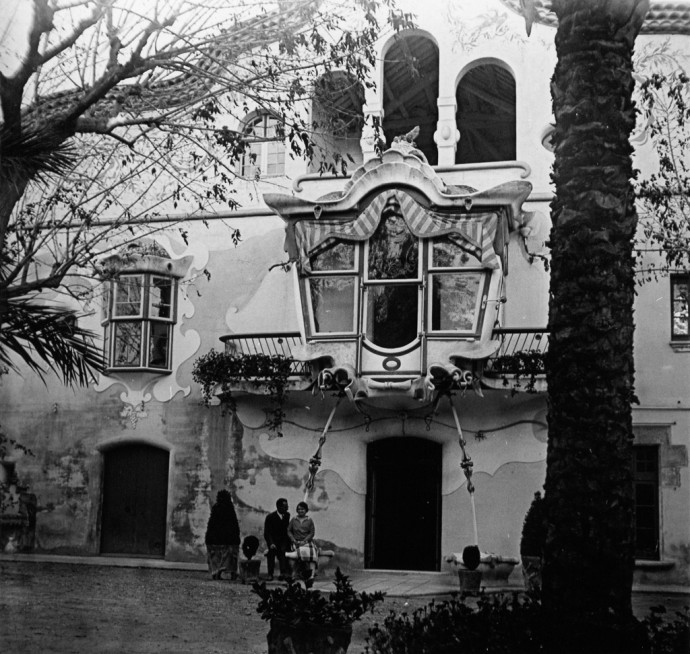 The architecture of J. M. Jujol has often been explained as being stigmatized by his lack of resources. The paucity of commissions from clients of modest means, together with the simplicity of the materials used in his buildings, would seem to corroborate this perception.

“Enhance the house”. This, and none other, was the objective of the commission that Pere Negre and Engracia Balet entrusted to the architect, whose work on refurbishing the Can Negre farmhouse in Sant Joan Despí would go on for fifteen years, dictated by the yearly profits of its owners. Dressing and transforming the home. Something that Loos had already explained in The Principle of Building (1898): “Let’s say that the architect’s general task is to provide a warm and liveable space. Carpets are warm and liveable. He decides for this reason to spread one carpet on the floor and to hang up four to form the four walls. (…) In the beginning was cladding. Man sought shelter from inclement weather and protection and warmth while he slept. He sought to cover himself. The covering is the oldest architectural detail.”[1]

We simply need to look at photographs from towards the end of the refurbishment process of Can Negre to recognise, above the central window, the gesture that epitomises Adolf Loos’s maxim: the covering. The architecture of J. M. Jujol uses this gesture, which was already evident from the first sketches that documented the reform, to echo the first principle of architecture: protection from the elements.

J. M. Jujol thus reveals the true value of his work. His work not only covers but also reveals, allowing what is natural – the air, the water, the earth, the flora and fauna – to dress the architecture. And this can be seen in the change of render that reverberated with the fluttering leaves of the trees in the garden that faced the façade; hence the main window seeks contact with the earth by means of slender iron bars that could easily be the legs of some great insect living in the surroundings of the old farmhouse; thus he allows the birds to flit across the façade, fluttering by doors and windows whose jambs and lintels gradually disappear until merging into a continuum with the threshold that separates inside from outside; thus the cornice outlines the plane of the façade beneath the sky, undulating and taking on the breadth and texture of the palms that once stood close by and are now long gone.

The architecture of J. M. Jujol was not short of resources. In fact, he accommodated all of them, using them, transforming them and sharing them, uniting emblems, materials and techniques. This is what we see through the eyes of J. M. Jujol; this is how Can Negre was refurbished.

One Response to “Guillem Carabí: On the subject of refurbishment; Jujol and can Negre”