From Affirmations to Disruptions: Understanding Design as a Political Act 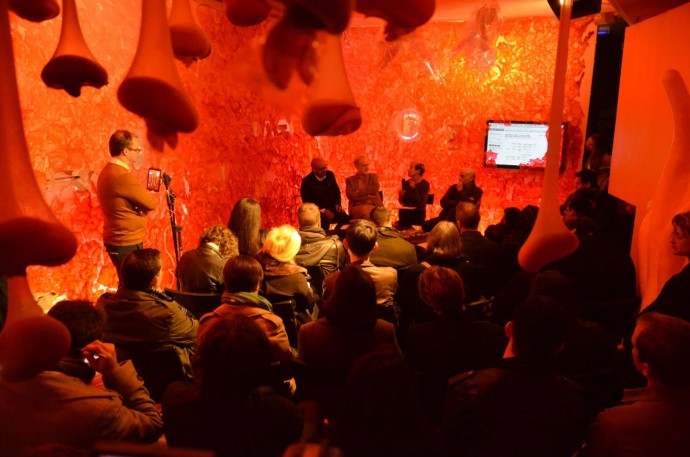 A few days ago we published a review of Storefront for Art and Architecture’s event Architecture and/or Capitalism written by Ross Wolfe, who was able to attend to the round table and send us his points of view about the discussion held around the publication of the book Architecture and Capitalism: 1845 to the Present, edited by Peggy Deamer.

Following that review, we received a text that architect Quilian Riano wrote expanding on thoughts from the same event. Riano is a designer, researcher, writer, and educator currently working out of Brooklyn, New York; and founder of DSGN AGNC. This text can be understood as a response to Wolfe’s text and more important, it opens the discussion by sharing a different point of view and strengthens the conversation about issues so important in the current moment as capitalism, economy, politics and architecture. Here is Quilian Riano’s text:

“It has to be said that historically, the connection between capital and architecture has not been so mysterious; architects in the not so distant (European) past actually did build their practices around their overtly formulated economic positions.”
-From Peggy Deamer’s introduction to Architecture and Capitalism

Last week, during a public conversation at the Storefront for Art and Architecture for the book launch of Architecture and Capitalism, I said that “all design is a political act.” This made blogger Ross Wolfe cringe in an opinion piece about the event here in Quaderns. In his piece, Mr. Wolfe consistently ignores the context for the event and many of the remarks from that evening. I will, however, take this as an opportunity to give just such context to my remarks and expand on what I meant.

First, I invite everyone to see the entire discussion online and to read a short post I wrote after the event summarizing and expanding on my thoughts, here on Architecture and/or Capitalism Conversation.

The discussion began with moderator Peggy Deamer bringing up a claim she made in the book regarding the Marxist distinction between superstructure and base. In the introduction, she claims that architecture primarily functions in the superstructure, in the “realm of culture, allowing capital to do its work without its effects being scrutinized.” In the conversation, she posed the question of whether urbanism, because of its more clear ties to the economy, resides more in the base. All panelists promptly dismissed the binary as unhelpful and perhaps even dangerous. As part of my response, I stated that is important to keep in mind that both architectural and urban form are the result of political and economic forces.

As we continued to discuss that statement, it became clear that we were all troubled by how the role of capital is almost completely obscured in architectural practice. In architectural offices, designers make decisions every day while ignoring potential political consequences, such as labor conditions and environmental impacts. We then talked about the need to confront this willful ignorance.

When I said that all design is a political act, I meant it both as a statement and as a question to provoke further discussion. Why is it important to state such a seemingly obvious point? Because architecture is not often discussed that way, especially in academia or in practice. I often go to reviews where students and faculty only discuss the formal aspects of projects, ignoring all social and political conditions produced by or enabling the work. This is in part because the post-functionalist ideas popularized by Peter Eisenman are now the predominant ideology of architecture schools, especially in the U.S. This ideology claims that architecture should only work within formal discourses, rejecting any political discourse in what can be seen as an over-reaction to the failure of heroically humanist discourses of the late-modernist period. Eisenman has gone as far as to claim that “Liberal Views Have Never Built Anything of any Value.” These views are so ingrained in the field that even emerging practitioners espouse them as given truths as seen in a recent interview with Jimenez Lai who said: “When people talk about being more than just architects, about solving other world problems —affordable housing, carbon emission, landscape urbanism—in my mind, they’re effectively forfeiting the very thing they’re supposed to be an expert on. If we’re not going to cultivate formalism, who will?” 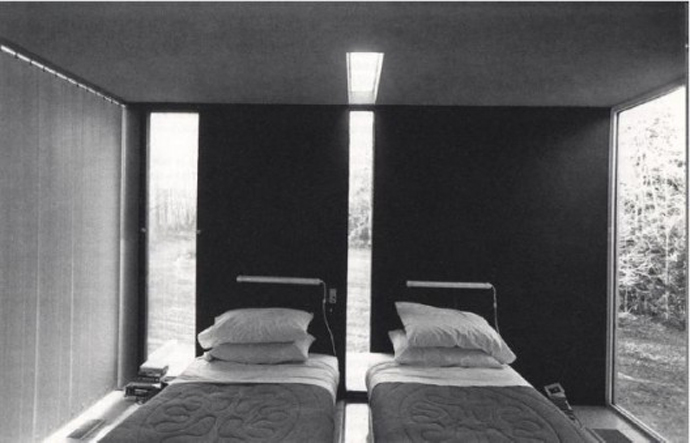 Image of a Peter Eisenman-designed house with glass slot in the center of the wall continuing through the floor that divides the room in half, forcing there to be separate beds on either side of the room so that the couple was forced to sleep apart from each other. ArchDaily

Furthermore, most often professors and practitioners who talk about larger political processes at all do it with the ironic detachment that has at times has been the modus operandi of one of the most prominent architectural practices, Rem Koolhaas’ Office for Metropolitan Architecture. In fact, one of my favorite essays in Architecture and Capitalism is “Irrational Exuberance: Rem Koolhaas and the 1990’s” by Ellen Dunham-Jones — you can read an excerpt of it in Places Journal. In the essay, Dunham-Jones says the following about Koolhaas’ ironic flirtation with capitalism:

“Nonetheless, over the decade, his writings and designs contributed significantly to shifting design discourse away from critical theory toward post-critical, non-judgmental research, and from autonomy toward engagement — albeit engagement largely with the elite beneficiaries of the New Economy, now often described as “the 1%.” From our contemporary perspective, it is thus worth asking: What is Koolhaas’s legacy vis-à-vis progressive practice?” (Page 151)

In the current context of architectural production, politics are either ignored and not thought to be important for form-making or referred to ironically, without any real consequence. 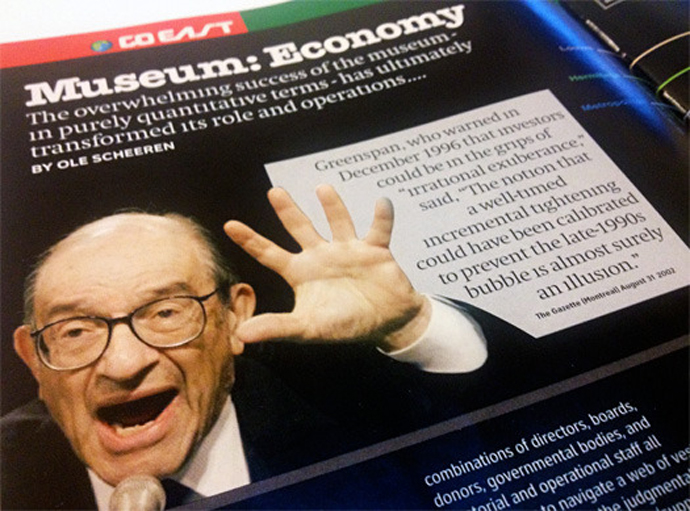 What I am concerned with is ways in which we can begin to ask political questions in architectural studios in academia and practice. I will posit that the first step is a reaffirmation that all architecture formalizes invisible forces and ideologies. A similar sentiment was expressed humorously and concisely by Slavoj Zizek in a Vice interview. In discussing postmodern companies and bosses that try to hide their power by dressing and acting casually, Zizek says that “the first step to liberation is to force him[/her] to act like a boss. Stop acting like a friend and give me orders.” Similarly, one of the first steps we need to take towards liberation is to recognize capital’s power lest one get seduced by the seemingly casual air of boutique architectural practices and tactical urbanism salons. Only then can we begin to have a conversation on how architecture can begin to formulate alternatives.

Presently architects who ask questions of the role of capital are labeled as political or activist architects. These monikers obscure the fact that we are all involved in the complex capitalist processes that produce a building, a space, a city. No one producing form can claim innocence.

Do we then need to stop practicing as architects? No!

Recognizing that current architectural practice is inextricable from capitalist processes can inject political discourse back into the discipline. Many architects, artists and designers are beginning practices that reject unrealizable utopianism and instead take on existing systems of power. These practices seek to understand and illuminate systems of power in order to change them. A project that attempts to enact such change, from outside of architecture, is Strike Debt! a project started by artists that effectively intervenes in the U.S. debt system.

This project points towards the potential of designing actions that are intentionally shaped by political forces and in turn are designed to push back on those forces. The Storefront was filled to capacity for this event, showing that architects, in fact, want to engage in critical political discourses. Perhaps this also signalled a clear dissatisfaction with the notion that we can do nothing in the face of a complex global capitalist system. A reaction against the notion that we cannot act critically on the city. There may be a time for a more fully utopian moment — for a revolution —but for now we can use design to illuminate systems of power and strategically act on them.

6 Responses to “From Affirmations to Disruptions: Understanding Design as a Political Act”