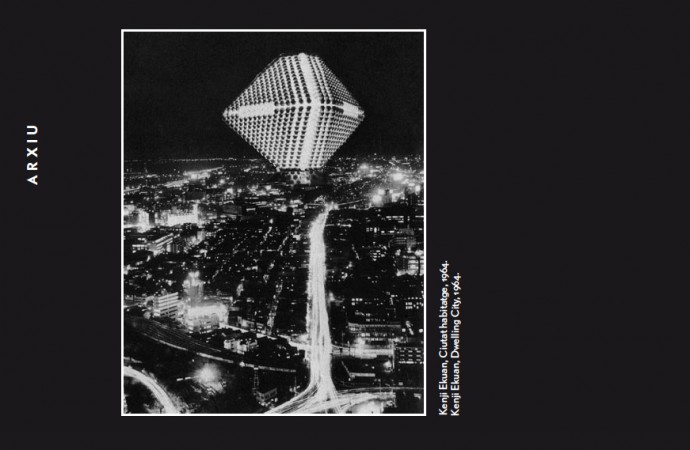 In the forthcoming issue of Quaderns, we revisit a small picture published in 1967 in Cuadernos de arquitectura no. 68/69. The image, which shows a housing megastructure, the brainchild of Japanese designer Kenji Ekuan, accompanied one of the reviews from a devastating article that originally appeared in Architectural Design no. 37 [May 1967] where Mike Jérome “criticizes mercilessly [...] the passionate group of idealist Japanese architects called Metabolists”.

With that image as a background, we revisit some leitmotifs of Metabolism with two figures from different generations who have worked from its critical periphery: Kazuo Shinohara and Yoshiharu Tsukamoto.