The city drawn by the architects 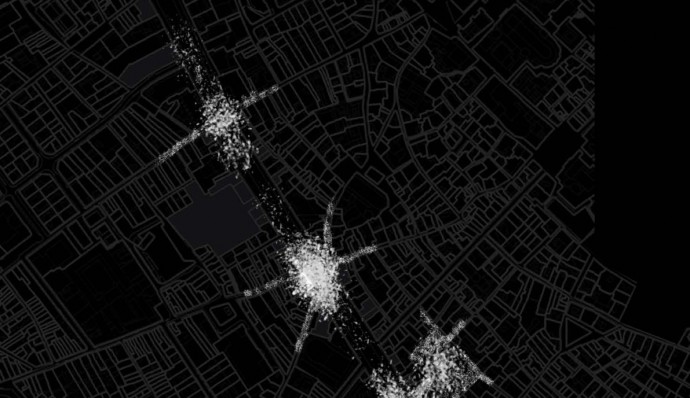 For most of us, contemporary landscapes provoke visceral images of urban environments with streets and corners, gardens and walls, monuments and shops. Nowadays, multiple urban things construct the backdrop of our social space since metropolitan areas have metamorphosed into complex systems built upon invisible networks, non-places, memories, and changing landscapes. Given the expanding complexity urban matters, which instruments should be used by architects to measure, understand, design and build the city and the territory?

La ciutat dibuixada pels arquitectes [laciutatdibuixada.blogspot.com.es] is an ongoing course at ETSAB, which aims to explore urban phenomena in a transversal manner from territorial [geography and infrastructure] to architectural domain [ground floor and domestic realm]. Traditionally, drawing described urban form in both an objective [scale drawing] and sensitive manner [free hand drawing]. In recent years, new technological achievements from other disciplines such as photography, modelling and geo-location radically have created new ways to depict subjective and objective mechanisms taking place in cities -alongside the tools required to synthesis them.

This evolution of representation tools has been instrumental in the construction of new interpretative but also projective models. The image of the city embodies the translation of the urban experience for communication and engenders the re-shaping of the worlds in which people live. Developing a “personal gaze” becomes the basis to re-make territory over again.

La ciutat dibuixada pels arquitectes seeks to experiment with representation tools and formats by means of three academic exercises. First, Unfolding Rambles explores the need to obtain personal records of reality [via own measuring instruments] and translate them into a synthetic document prior to the project. Second, Almanac of Small Data reviews the notion of almanac to propose a polyhedric and collective vision of Barcelona. By measuring and mapping existing conditions using information in a wide range of topics, the almanac will make an assertion about what the future of the city will hold. Finally, Layered Waterfront will complement previous experiences thanks to the construction of a single, synthetic and iconic urban image, i.e., a section of the coastline illustrating the changes experienced over the past twenty years.

Unfolding Rambles
Unfolding Rambles studies this living monument of Barcelona; despite being an area of great symbolic significance for citizens, tourism has deeply transformed and [re]shaped La Rambla. The structural role of the boulevard entails a double approach from the linearity of the promenade itself and its perimeter. Questions arise such as the physical saturation of the space, the guided movement of pedestrians, the poor diversity of ground floor uses [mostly souvenirs and fast food] and the coexistence of locals and tourists.

The exercise goes beyond geographical illustration to unmask invisible urban relationships: where the activity takes place, how public spaces shift according to the time of the day, which are the most crowded areas and places for citizenship’s identification, etc. These other aspects are what we call intangibles. Unfolding Rambles captures the ‘ephemeral’ besides the geometry of urban plots and facades, using novel representation tools from other disciplines [geography, cartography and data analysis] to reveal and realize the hidden urban potential.

The student works are: 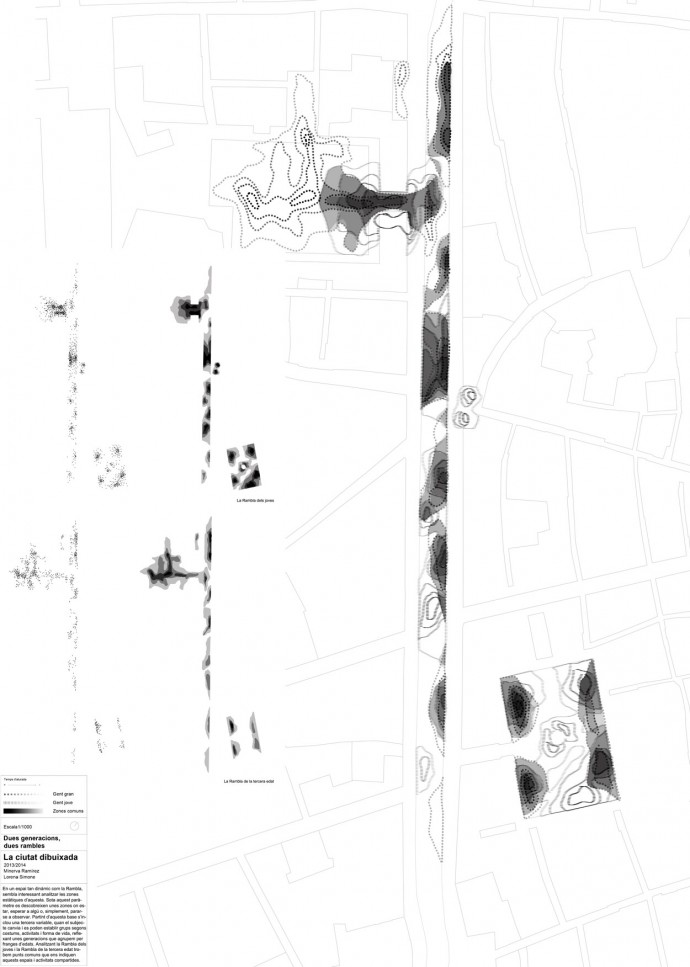 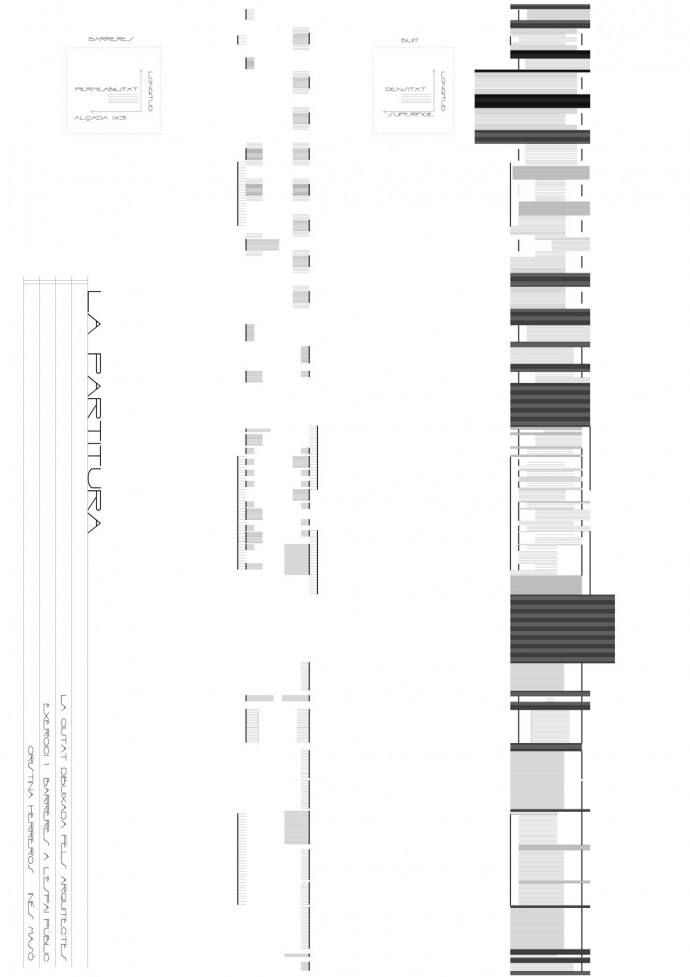 SCORE. Inés Masó Sotomayor i Cristina Herrero de la Fuente.
Barriers and obstacles in La Rambla block transversal flows. The first representation describes the length, the density/permeability and height of the barriers as seen from the side lanes. The second diagram goes a step further to unveil the negative of the previous vacuum: its rhythm, floor space and density. 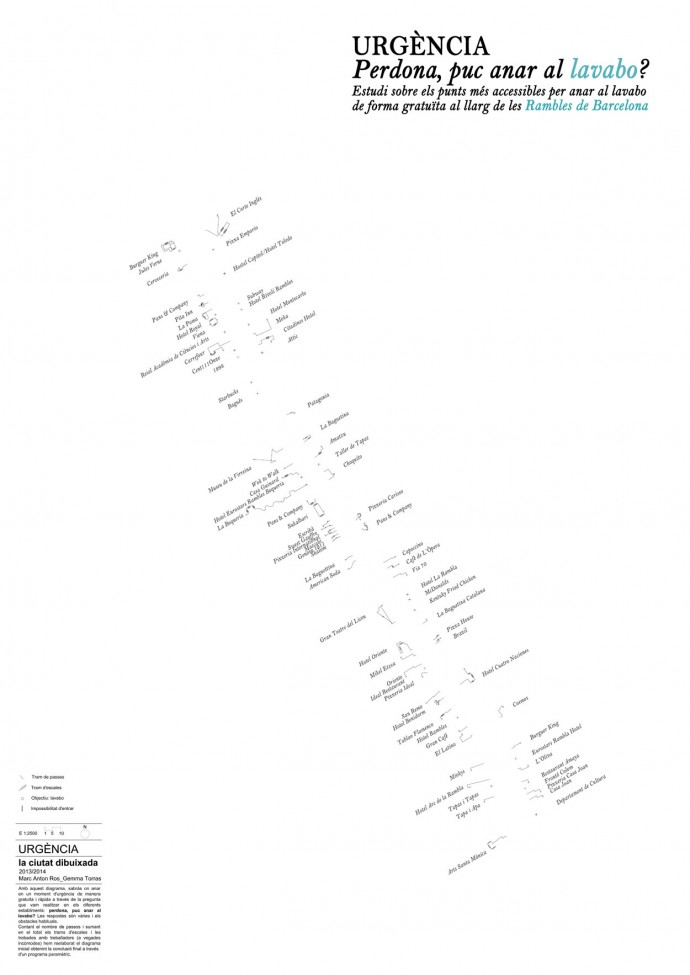 URGÈNCY. Marc Anton Ros Gargante i Gemma Torras Rolando.
Diagram describing where to go free and fast at a time of emergency. The permeability of the ground floor in La Rambla is weighted according to the ease of access to toilets’ establishments (May I go to the bathroom?), which link public and private realms. 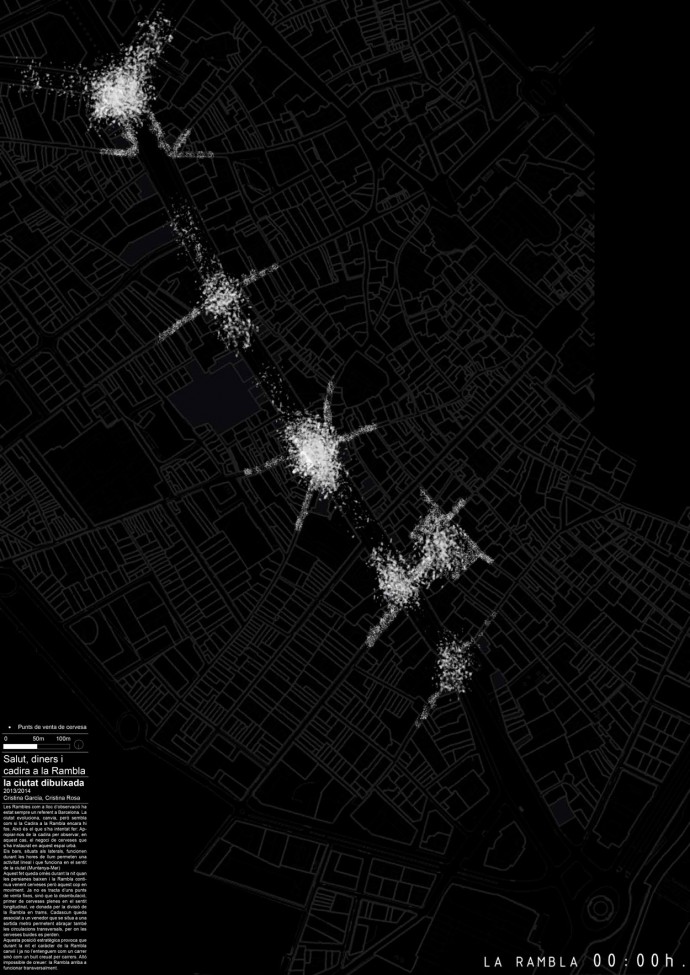 MONEY, CHAIR AND BEER. Cristina Garcia Nadal i Cristina Rosa Cervelló.
The beer business shapes this urban space. Bars, located on the sides, work during daylight hours enabling a linear activity in the sea-mountain direction. At night, ambulant trade divide La Rambla in sections, each of them associated with a vendor located in proximity to the metro stations. This strategic position, covering also cross trails where beers empty, provokes an unusual transversal performance of La Rambla. 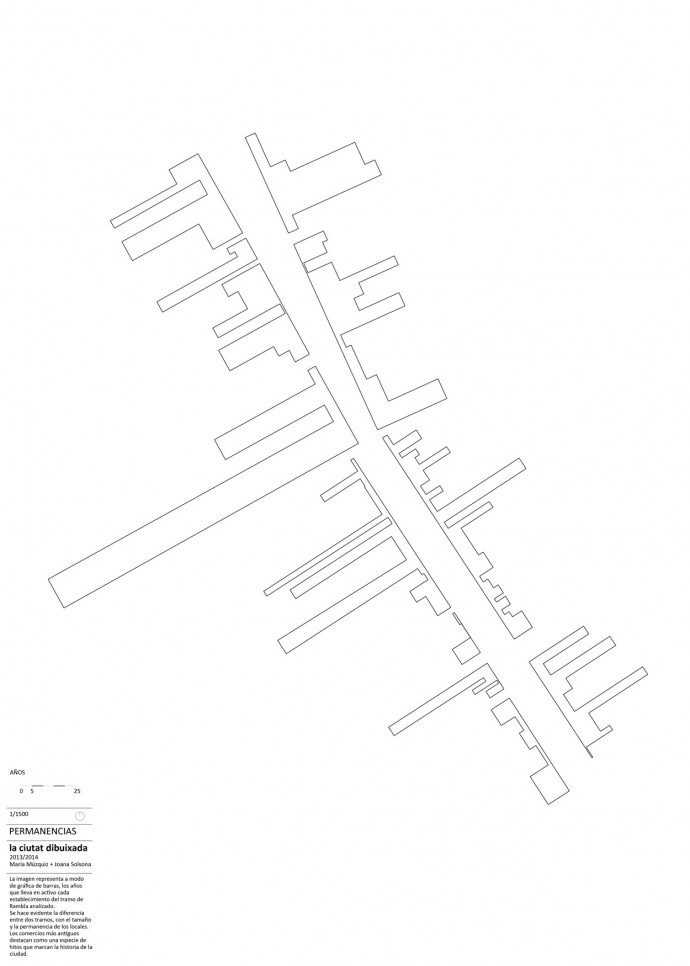 REMAININGS. Maria Múzquiz Barberá i Joana Solsona Bernades.
This cartography, between a skyline and a bar chart, illustrates the years of activity of each establishment. The size and permanence of the business highlights the difference between the two sides of La Rambla. The oldest shops stand as a kind of landmark in the history of the city.

/// Thanks to Mar Santamaria Varas for sharing this project with us.
/// The city drawn by the architects is an optional course lead by Mar Santamaria Varas [coordination 300000kms.net] and Montserrat Ribas Barba and provided by the Department of Urban Design and Regional Planning [DUOT] and Architectural Drawing [EGA] of the School of Architecture of Barcelona [ETSAB-UPC].

One Response to “The city drawn by the architects”