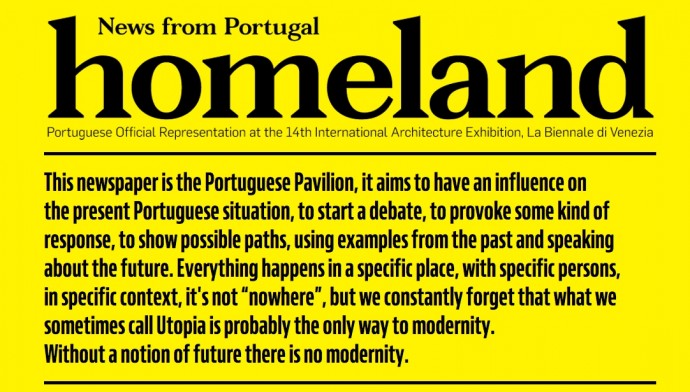 This is our second entry about the Portuguese pavilion at the 14th International Architecture Exhibition at La Biennale di Venezia is called Homeland. The housing problems we’re facing in Spain are somehow similar to the situation in Portugal and our main concern is to have a broader discussion about this situation and to discuss and share possible solutions. This is the motivation to invite Tiago Mota Saraiva from ateliermob to contribute to Quaderns and share with us his text, which is part of Homeland.

What follows is Tiago’s article:

Since the troika’s arrival, Portugal has undergone a revolution in the State’s spending structure.

Health and Education are no longer the State Budget’s largest spending areas, with debt payment, the cost of saving a bank and the payment of public-private partnerships (PPPs) gaining prominence. In 2013, 47,50% of the State’s budget was reserved for these last three items, with cuts in Health [27,10%], Education [21,50%] and Social Security [19,90%].

The State tends to disappear as an actor in public and social politics, taking on the role of tax collector for debt payment. It is not hard to imagine that, in the current scenario, there is no place for a national housing policy.
But what is going on with the private sector? 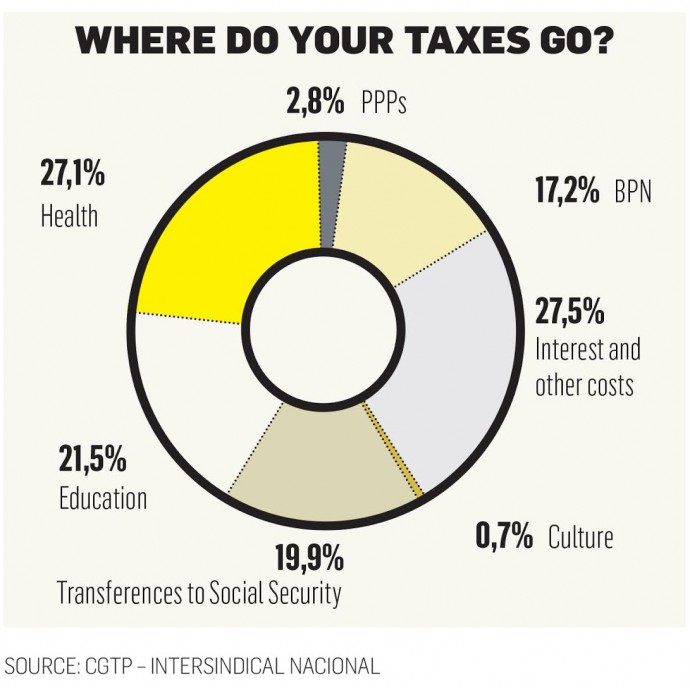 By virtue of an old law, which froze rents for decades, the real estate renting market dwindled until 2012. Houses to rent were scarce and the prices were prohibitive. The biggest beneficiaries of this imbalance were the banks. Both the financial collapse and the sudden lifting of frozen rents, as demanded by the troika, raised considerable fears, which led to old rents being abruptly bumped up. Thousands of citizens, especially among the aged population, are now having to abandon their lifelong homes.

Although it does not show in the official data, the housing market is in turmoil, with the informal sector echoing this turbulence. A common practice in non-legalized neighborhoods, key-selling, is often the only solution. These operations are carried out outside any and all real estate transaction taxes and do not require the certifications requested by EU directives. All you need to do is hand over the money. Originally an illegal settlement built on the seaside, in an idyllic location 10 km away from Lisbon, the Cova do Vapor neighborhood is an example of this real estate effervescence. With half the neighbourhood duly licensed, it is exactly the houses without legal documents that are available. Key-selling for a 50m2 house might cost between 10.000€ and 20.000€, while legal ones would cost upwards of 50.000€.

The actual size of this market is yet to be studied but it seems clear that the austerity policies being enforced on the country are stimulating a return to the informal. Buying a non-legalized home carries its risks but does not entail a loan, a mortgage, a bank and substantially reduces the value of the investment.

/// *originally created for “Homeland – News from Portugal” newspaper – Portuguese representation at the 14th International Architecture Exhibition – La Biennale di Venezia 2014
/// All the info about on their web-site homeland.pt