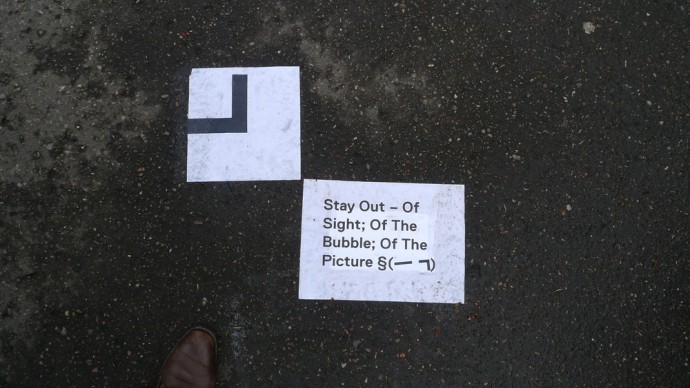 A few months ago, we published a brief post about the Call for Applications to BIO 50, the Biennial of Design in Ljubljana. Organized by MAO, the Museum of Architecture and Design, BIO 50 intended to break with the traditional system of awards, and was focused in collaboration, process and outcomes. The 120 international designers selected from the open call engaged in a large-scale collaborative effort that lasted six months and had recently presented the results of this challenging task.

In moments of rapid transformation and reflections about the importance of design as a catalyst for social change, BIO 50 invited Jan Boelen —founder and artistic director of Z33 House for Contemporary Art, and Head of the Master department Social Design at the Design Academy in Eindhoven—, to be the curator of the 24th Biennial of Design. Boelen had been researching in the past years about experimental design, and the collaborative territory that emerges around concepts such as social design, scarcity, and new technologies, where design is employed and implemented as a tool to question and transform ideas about industrial production, public and private space, and pre-established systems and networks. Based on these ideas, the BIO 50 chose the concept of collaboration for this year’s edition, where design is a tool to rethink everyday life and possible futures for design.

Matevž Čelik, the director of Museum of Architecture and Design, explains:

“It is necessary to break with the fetishisation of products that has alienated design from production. I believe that BIO should play a role in this field and strive to support creativity in its most delicate and vulnerable stage. This means that in the future, BIO has to increasingly play a research-based, experimental role.”

Among the variety of projects and outcomes, we want to highlight the importance of researching and developing projects related with themes as necessary as Affordable Living, Knowing Food, Walking the City, and Observing Space, among others. 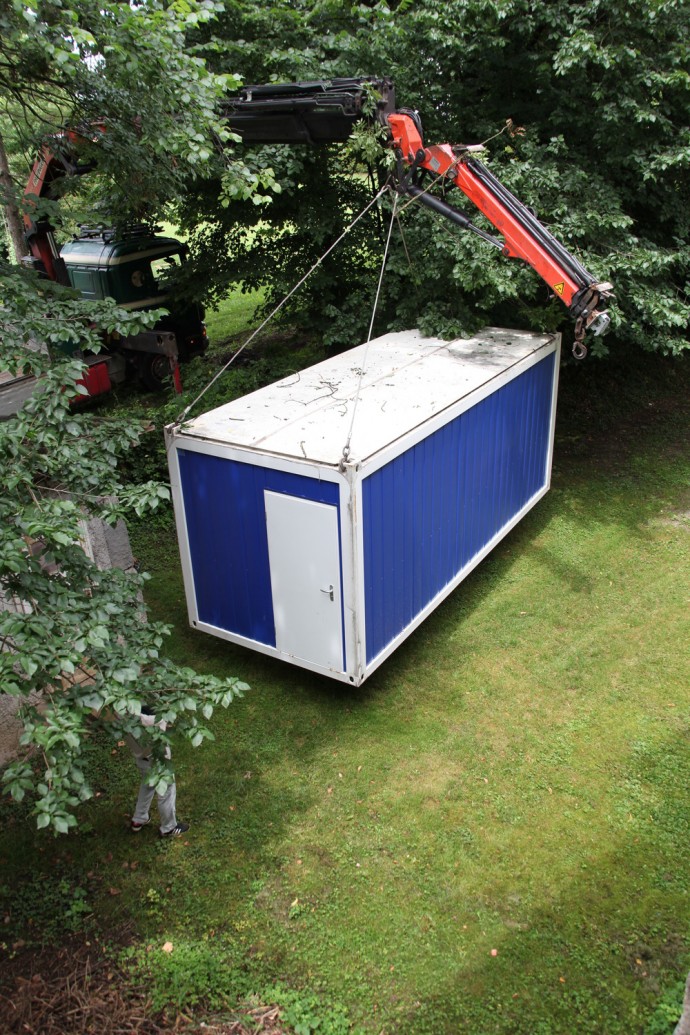 Setting up the container for ‘Affordable Living’. Photo: Tomislav Vidović

The problems about the access to housing have been in the focus of mass media since the real estate bubble came out with the financial crisis in 2008. Many efforts have been developed, such as the work of the Spanish group Plataforma de Afectados por la Hipoteca, that’s why it’s easy to understand the importance of working about this issues in a biennale context, not only from the activism field but working with a collaborative approach with activist groups, designers, architects, and policy makers. In a moment when the need for housing is confronted with the fact that contemporary cities seem to be filled with empty, unused buildings, the group of Affordable Living explored the causes and consequences of this topic, and developed strategies and tactics aimed at making contemporary affordable living a reality. 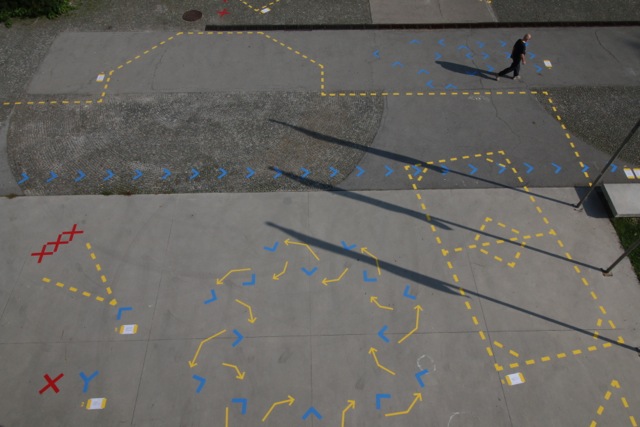 Friction Atlas. A project by Paolo Patelli and Giuditta Vendrame.

Going from the building to the street, as part of the Walking the City group, the project Friction Atlas developed a new concept of dérive, addressed to understand the issue of legibility of public space, of its programs and of the laws that regulate its uses. In a moment when the privatization of public space is ever present in mostly all of our cities, when surveillance elements [such as CCTV cameras] are part of the urban environment, this project looks how the many regulations created by governments discretize human behaviour, and tend to be algorithmic, quantitative and invisible. To transgress this fact, the project was based on drawing 1:1 diagrams, and enacting laws on the public surfaces of Ljubljana, with the intention to make legal prescriptions and loopholes visible, and therefore debatable. 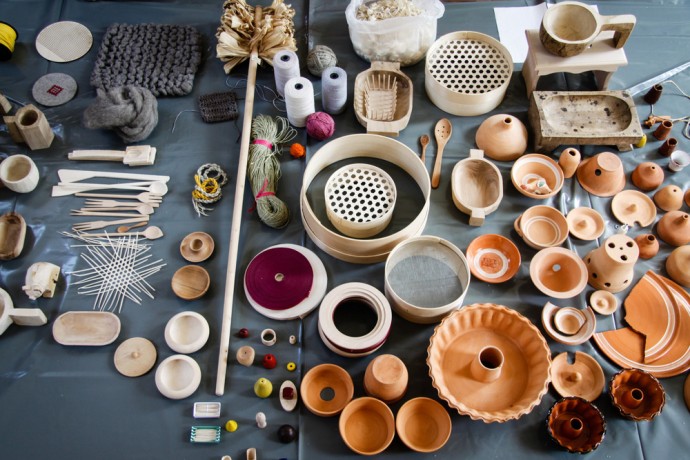 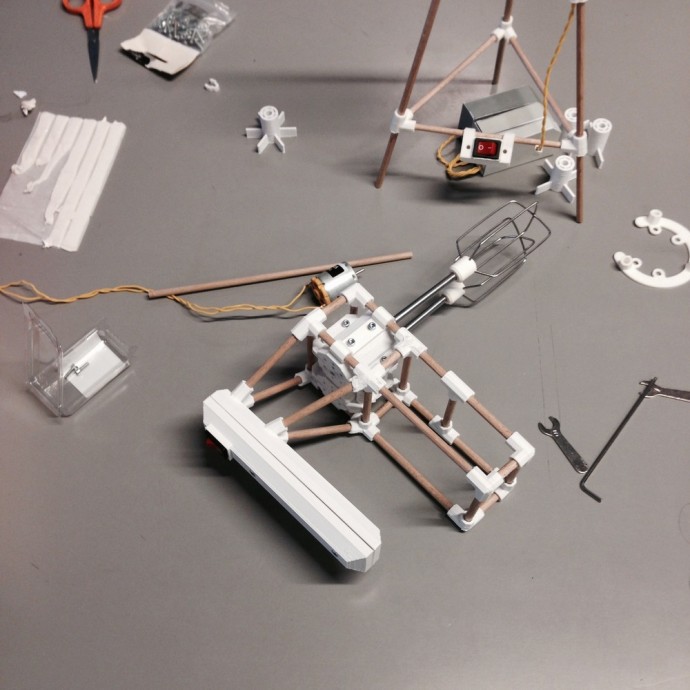 A fascinating and thought provoking approach of the BIO 50 Biennale is that the works presented cover a variety of issues as well as different scales. From the big scale of housing and street projects, we can mention as well projects which deal with craft and industrial design. The group Hidden Crafts worked with the aim to discover is there is new life to found in the methods, outcomes and distribution of craft and how to recover, adapt and learn from the craft tradition in Slovenia. The research goes from the relationship between the craftsman and the consumer to the collaboration between manufacturers and designers, with the idea of envision how to use new materials with traditional techniques to create a new knowledge exchange.

A deep research based on the process rather than on the final object has been the leading theme of Hacking Households. The main idea is to look to traditional household appliances and how they are created as a closed system: when something goes wrong, the most cost-effective solution is to throw out the appliance and replace it with something new. In the same way as projects like Open Structures or the transparent tools by Jesse Howard, this team uses 3D printing and DIY circuitry to build upon users’ newfound abilities and opportunities to repair, customize, modify and repurpose existing products, creating a family of appliances designed for disassembly, repair, and modification.

A whole set of ideas, projects and new ways to understand the future of design and architecture can be find on the exhibition BIO 50: 3, 2, 1 …TEST, that is displayed from 18 September to 7 December 2014. So if you have a chance to visit, don’t miss the opportunity!