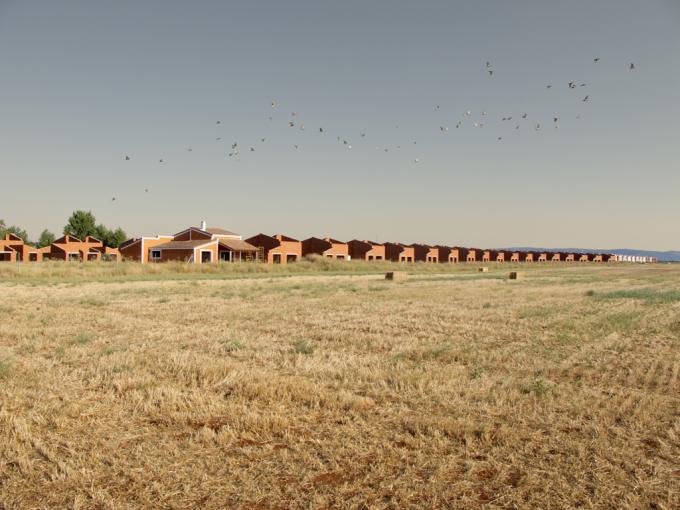 I
The criticism expressed by Venturi in Complexity and Contradiction of some of the clichés of modern architecture, while understandable, only represents in reality a change of paradigm, still restricted to the autonomous world of formal relations. Thus, although the terms “contradiction” or “contradictory” are mentioned in the book on over 130 occasions, not once do they appear under an explicitly political, social or economic focus. All references to contradiction end up sliding, one way or another, only towards the territory of form: of scale, of interior-exterior relations, relations between the parts and the whole, etc. Any possibility of political interpretation or questioning is thus condemned and reduced to the exegesis of what, in this text, remains underground and only silently insinuated.

However, without eluding the potentialities of form, there are essential problems that escape its dominion. Contradictions – whether political, social or economic – should act as triggers capable of pulling all the strings of architecture, however indifferently and comfortably it sometimes seems to develop in the interior of an autonomous world, far removed from the pressing nature of political decisions, wherein tensions and disagreements often end up reduced to strictly rhetorical problems, exercises in style for which the economy represents merely the establishment
of pre-established hygienic and abstract margins within which to operate.

II
But originally, economy – οἰκονομία – was the term used to denote the administration of domestic resources, the management of the household (οἶκος). The economy belonged, therefore, albeit not exclusively, to the accessible scale of the home, to the boundaries of the familiar. Yet despite this, domesticity, as has recently been made manifest, is also related in an immediate and fragile way to the great scale of the macro-economy, over which politics and power exercise their liberal safeguard. Evictions, the abandoning of housing blocks, entire neighbourhoods standing vacant with a myriad of interiors awaiting use, all connect small universes with a global machinery over which society is demanding new control, a reformulation of all that is public, and, with that, of the boundary between the individual and the collective.

III
We are devoting this issue of Quaderns to domesticity. But we would be deceiving ourselves if we believed that behind what we understand by domestic lie only notions such as house, home, shelter or privacy. The domestic combines politics with form, connecting differing scales and extending its domain from the macroeconomy to the most irreducible form of architecture in usage terms: the room, to which we have devoted a part of this issue. The house, understood as an aggregation of rooms, predetermines, from the way these relate to each other or from their different sizes, how it will be occupied and what kind of relationships will be established within it over time. This is how the conception of the domestic form approaches politics: to the extent that it can perpetuate certain stereotypes and condition over time the transformation of the domestic sphere.

It is precisely in this ambivalence of scales, where we can see how the definition of domesticity describes the limit that lies between what is individual and what is public, between the urban world and the home, concepts demarcated by a blurred and continually moving boundary.

If the philosopher Jürgen Habermas — as Francesc Magrinyà reminds us in one of the texts that opens this issue —, described the genesis and transformation of the public sphere under the auspices of the emerging bourgeoisie and, with it, the transformation of the public space that sustained it [1], we can confirm, analogously, a gradual confusion between public and private spheres, accompanied by a growing gap between what is individual and what is collective, as described by Sennett in his famous The Fall of Public Man. [2]

Nevertheless, as we see how in the executing of evictions, it is precisely from the street, i.e. from the public space, that a part of society, through its presence, heightens the visibility of the private world [3], we can’t help but think about the perverse ideological logic of slogans that, strengthening these boundaries, aim to make our home a fictitious independent republic.

Perhaps, ultimately, domesticity is no more than an excuse to consider how, based on all these contradictions, architecture needs to reflect in order to come up with renewed ideas that will allow it to advance towards the reconquest of what is public.

[1] Habermas, Jürgen. Strukturwandel der Öffenlichkeit [The Structural Transformation of the Public Sphere], Hermann Luchterhand Verlag, Darmstadt and Neuwied, 1962.
[2] Sennett, Richard. The Fall of Public Man, Knopf, New York, 1977.
[3] We would like to thank Xavier Monteys for this suggestion.

One Response to “House and Contradiction. Editorial Statement”