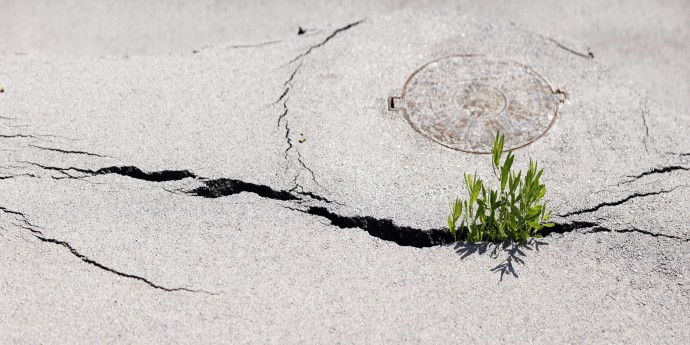 Filtering through the contributions an underlying pattern can be identified, a pattern of humanity confronted by its own excesses: everything from the removal of bodily excretions; the poisonous “storm-clouds” of war; immense constructions abandoned on completion; instant cities built for parties alone; and explosions of concrete tourism and the correlated rise in air traffic at Heathrow Airport. Alongside this is architecture’s perpetual struggle to understand its role in both the proliferation and control of these excesses. The proposition put forward in Quaderns #262 [1] , that “it is time to rethink an infrastructural model at risk of quickly becoming obsolete,” is therefore both pertinent and profound.

In “Infrastructuralism” [2] John May identifies how infrastructure has been historically instrumental in externalizing these excesses and the associated ‘discontents’; its modus operandi to remove them from sight. Yet he also illustrates how in our ‘modern pathology’ of efficiency we have hidden our excesses in plain view through a managerial discourse. One can readily anticipate a tendency to repeatedly fall back into these modes of thinking, even as we try to escape them.

“Are we now completely unable to dream of antiinfrastructure? Of urbanisms that do not exist solely at the behest of efficient dispersal, distribution and externalization? Of populations that are not victims of their own cynical machinery? For now we will simply play out this drama, willingly blinded to the circuitry of its staging.”⁠ [3]

Javier García-Germán [4] proposes ‘anticipation’ and ‘resilience,’ derived from the dynamic and abundant systems of nature, as a means to introduce time and unpredictability into our conception of infrastructure. Yet in the practical implementation of these models, what is to prevent resilience from being subordinated by the managerial discourse, reduced to a utilitarian model? Architectural discourse too has little agency whilst the language of efficiency pervades.

Perhaps a counter-language is needed: one that instead radically embraces excess. In her writings Elizabeth Grosz [5] has proposed a framework for thinking of the art of nature as its non-utilitarian excess. Sexual difference, through the vagaries of attraction between sexes and the diverse forms enabled by their unpredictable reproduction, she argues, forms the basis of both nature’s excessiveness and art. Art becomes here the intensification of pure sensation: the visual, auditory, olfactory, tactile and gustatory intensification produced by all species differently. “Territory is that which is produced by the elaborate, if apparently useless activity, of construction, attention-grabbing and display that marks most of sexual selection.” [6] For Grosz, architecture is the precondition of this art as through the architectural framing of territory that the condition for the emergence of this intensification of sensation is created. Perhaps within this concept of framing intensification is a seed of how architecture might help to dream of May’s ‘antiinfrastructure’?

The idea of creative production as elaboration, or for its own sake, is already evident in the ‘Instant City’ projects as in the ‘Heathrow Airplot’. Perhaps the next step, as Carlos Ferrater reflected of his experience, is to destroy as we build. Embracing excess necessarily complicates the task of “rethink[ing] an infrastructural model at risk of quickly becoming obsolete.” [7] Immediately it suggests that within any a priori condemnation of excess – including of construction – is a danger of regression to comfortable paradigms. Might we imagine antiinfrastructure then as that which exceeds, rather than mimics or tames, the excessiveness of nature? Territory as a stage for artful seduction? Infrastructure as a form of potlatch between city and its territory, earth and its atmosphere, or between humanity and other species.

Anna Tweeddale  is an architect, urbanist, artist, and educator based between Europe and Melbourne. She has taught architectural design and theory at RMT and Monash Universities in Melbourne, Australia.